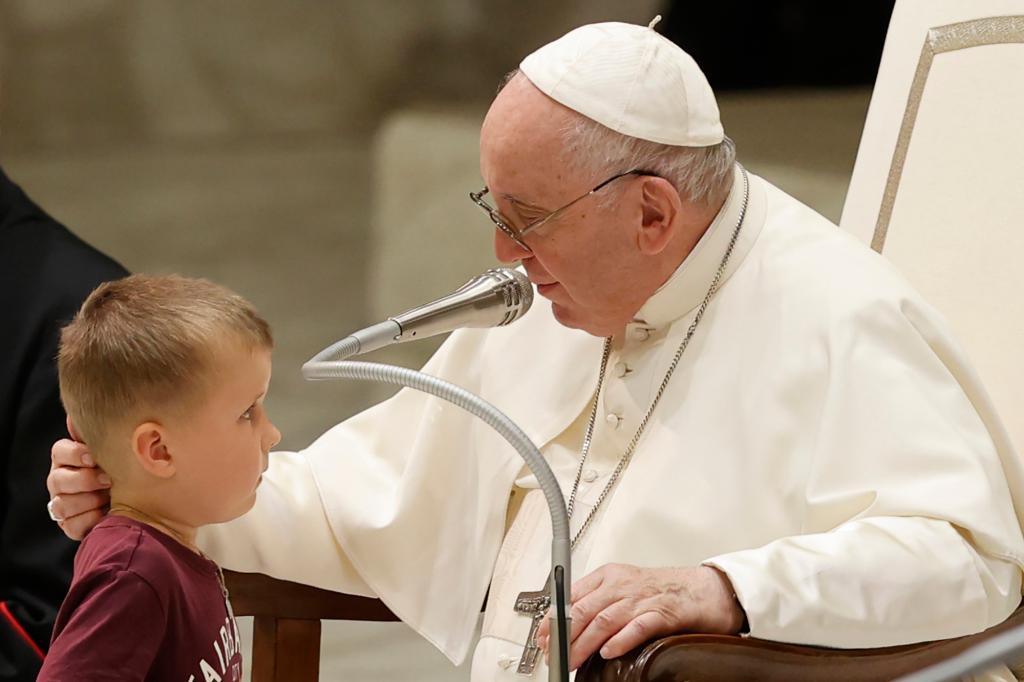 A bit boy rushed the stage whereas Pope Francis was discussing the connection between young and old folks Wednesday — to the pope’s delight.

The shock visitor confirmed up throughout Francis’ weekly common viewers benediction to guests of Vatican Metropolis.

The viewers at Paul VI Corridor started to clap in delight when the unidentified boy ran as much as the pontiff’s facet, because the pope welcomed him and patted his head.

“Hey, how are you? What’s your title?” Francis requested in Italian. “Do you want being right here? Make your self snug.”

The boy then stood at his facet for the remainder of the viewers.

“Within the viewers, we have been speaking about dialogue between young and old. Eh?” Francis stated, whereas gesturing to the boy. “This one has been brave, he’s staying right here calmly.”

The kid’s look wasn’t the one notable facet of Wednesday’s common viewers.

A member of the Swiss Guard additionally fainted in entrance of the pope and misplaced consciousness attributable to “a drop in blood strain,” the Vatican stated. Officers stated the guard was “wonderful” after the incident, in line with AFP Information.

Throughout final week’s occasion, Pope Francis met with a gaggle of transgender those who discovered shelter at a Rome church through the pandemic.