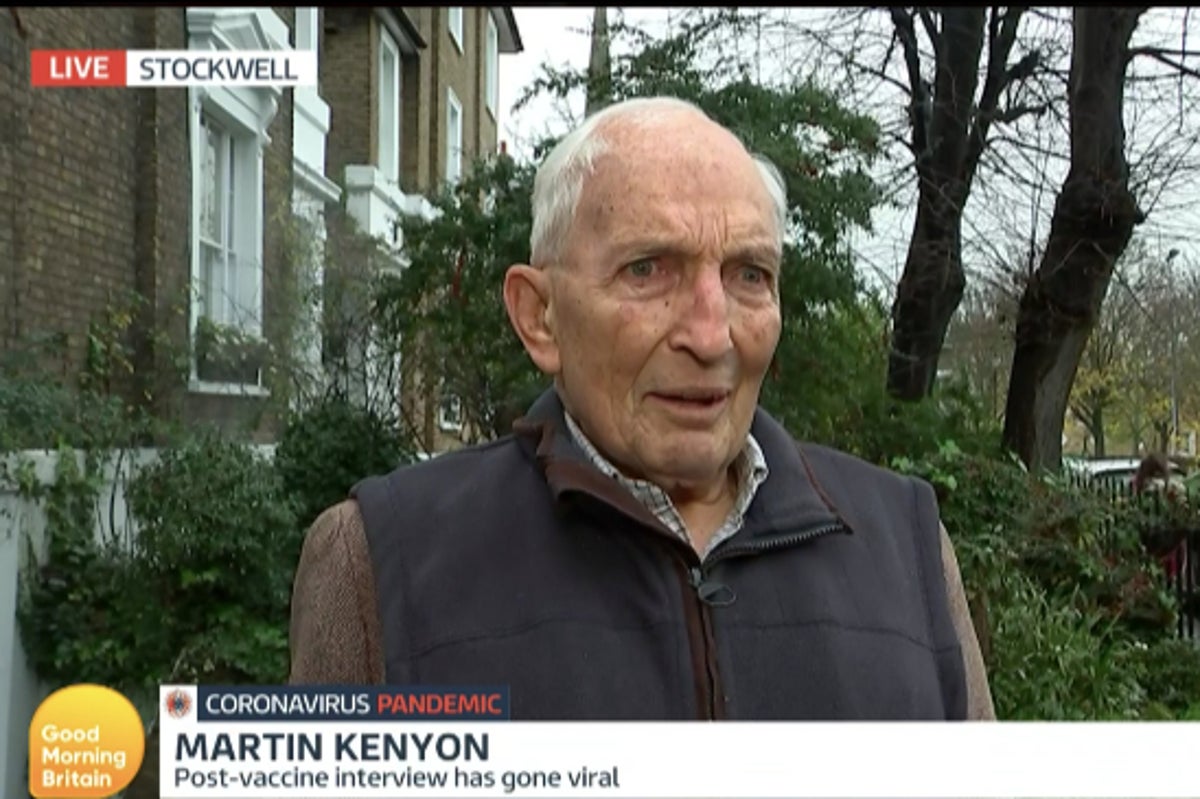 91-year-old London grandfather who delighted the world along with his non-nonsense strategy to the coronavirus jab requested Piers Morgan: “Who’re you?” throughout a hilarious follow-up interview.

Talking on Good Morning Britain the next day, Mr Kenyon stated the eye he had obtained since was “relatively ridiculous” and he hoped it was simply “24-hour nonsense.”

Showing by way of video hyperlink from his house in Stockwell, south London, the 91-year-old defined that he booked his vaccination appointment as a result of it appeared “smart to get on with it” and he was wanting ahead to hugging his “two scrumptious grandkids”.

Mr Kenyon additionally addressed a few of the laughing factors from his interview with CNN on Tuesday afternoon.

After explaining to the US broadcaster that he had obtained the jab at Man’s Hospital in London Bridge earlier than going off for a “relatively nasty lunch”, he retracted his evaluation of the meal.

He advised his GMB hosts: “I don’t know why I stated that – it was scrumptious”.

Revealing that the lunch consisted of a prawn sandwich and a few orange squash, he stated he didn’t usually eat sandwiches however, anyway, it was a “deeply uninteresting topic.”

The proud grandad then took his well-known interviewer down a peg or two.

“Who’re you?” he requested Morgan, who responded with a roar of laughter.