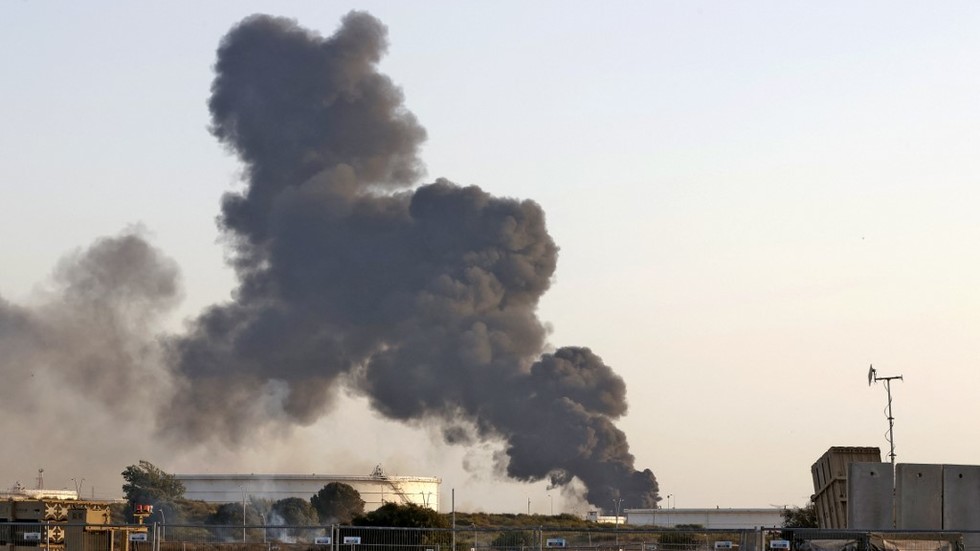 An vitality pipeline between the Israeli cities of Eilat and Ashkelon has been hit by a rocket fired from Gaza, setting a big oil tank on hearth for a number of hours, in keeping with the Channel 12 TV broadcaster.

Movies purportedly of the blaze confirmed big flames coming from what seemed to be a big oil tank, with the primary experiences of the incident rising on Tuesday afternoon.

Firefighters tackled the hearth within the coastal metropolis of Ashkelon, in keeping with native media, whereas Haaretz reporter Almog Ben-zikri later mentioned he had been knowledgeable by the oil firm working the pipeline that the hearth had been extinguished and the state of affairs had “returned to regular.”


Within the newest alternate of heavy hearth, Palestinian militants have launched over 100 missiles into Israel from Gaza since Monday, with Israel’s army finishing up retaliatory air strikes, reportedly levelling a tower block in Gaza Metropolis on Tuesday.