HomeUKUncommon Chinese language vase sells for £1.5 million after being noticed in...
UK 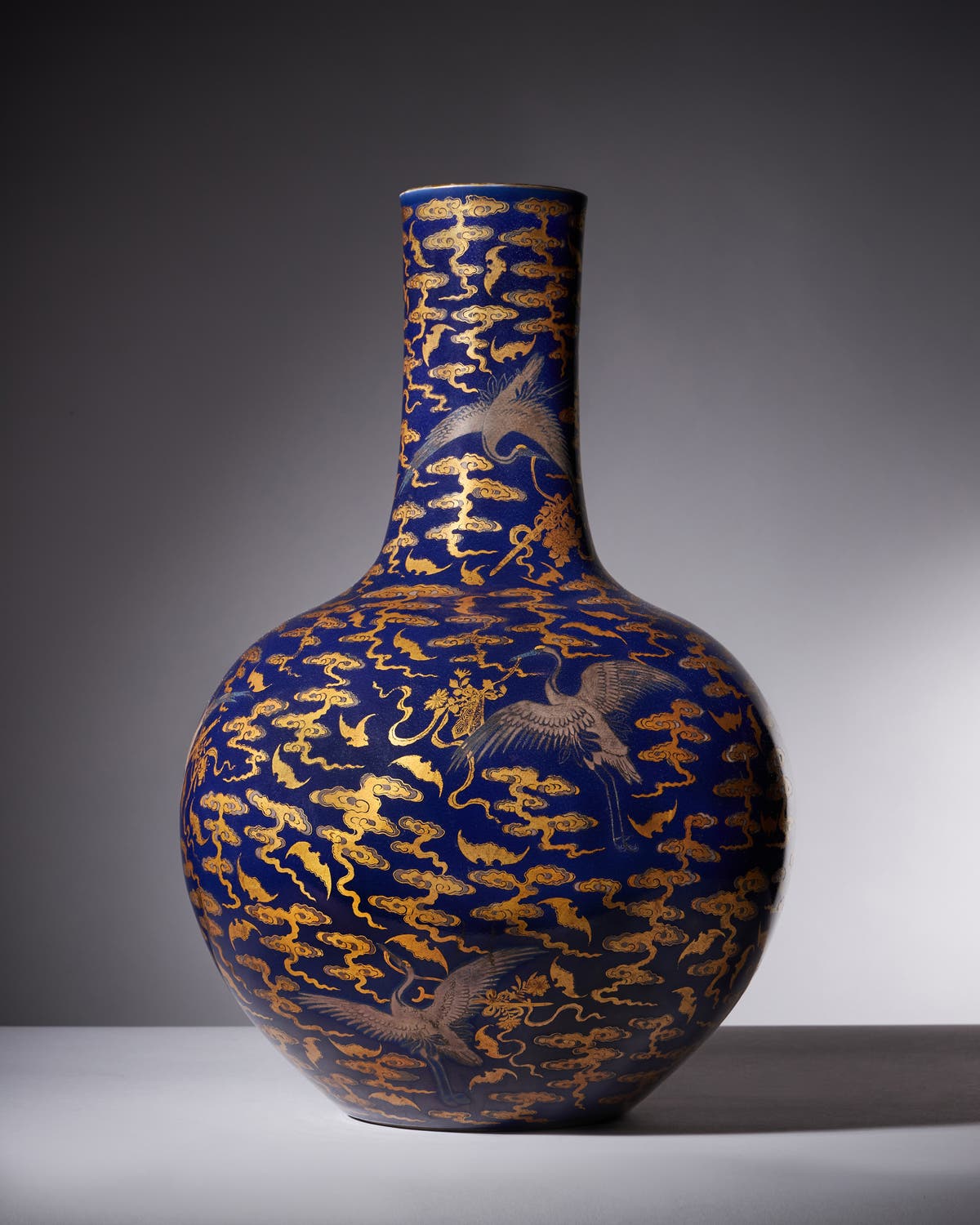 n extraordinarily uncommon 18th century Chinese language vase made for an emperor which was purchased by a surgeon in England for a couple of hundred kilos within the Eighties has bought at public sale for nearly £1.5 million.

The 60cm blue-glazed, silver and gilt vase, adorned with cranes and bats was created for the court docket of the Qianlong Emperor within the 1700s.

The vase handed from the unique proprietor to his son, who put it in his kitchen the place a visiting antiques specialist noticed it and realised its true worth.

Berkshire-based Dreweatts Auctioneers had estimated its worth at between £100,000-£150,000, however on Wednesday the piece fetched £1.2 million, with a purchaser’s premium bringing the full nearer to £1.5 million.

It was reportedly bought to a global purchaser through phone.

Mark Newstead, from the public sale home, stated: “We’re delighted with this distinctive consequence. We noticed widespread curiosity from China, Hong Kong, America and the UK which resulted in very aggressive bidding.”

This vase was described as “a testomony to the creativity” of craftsmen working through the Qianlong interval who used “enamelling strategies” to cater to the emperor’s style in unique types.

It might require at the least three firings within the kiln for the totally different colors, together with at over 1200℃ for the cobalt blue.

The public sale home stated: “The wealthy cobalt blue is also known as ‘sacrificial blue’, deriving from the usage of vessels on this color glaze getting used throughout sacrifices on the Imperial Altar of Heaven.

“This can be very uncommon to see blue vases painted in each gilding and barely raised silver, regarded as as a result of medium being tough to regulate.

“Thrillingly, no different porcelain adorned with the identical topic in gold and silver seems to have ever been documented.”

It additionally bears the distinctive six-character mark of the Qianlong interval between 1736 and 1795 on its base.