HomeUKUnbiased peer banned from Home of Lords over ‘homophobic and offensive’ language...
UK 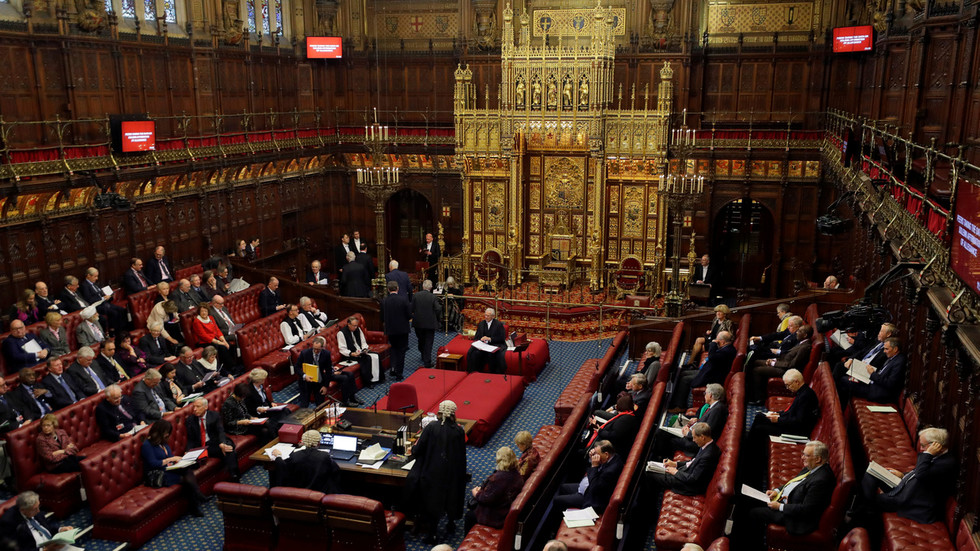 A British peer has been banned from the Home of Lords for 18 months after a requirements watchdog discovered he had damaged conduct guidelines in the direction of 4 individuals through the use of “homophobic and offensive” language.

Alongside their suggestion of an 18 month suspension, the Lords Conduct Committee launched a press release claiming that “Lord Maginnis’ harassment associated to the protected attribute of sexual orientation and the language he used was homophobic and offensive.”

The Home of Lords accredited the ban on Monday and endorsed the findings of the report after Maginnis refused to participate in behaviour coaching, as mandated by the committee, as a substitute calling the request “ridiculous.”

After which they had been gone.. Lords vote (by 408 content material to 24 not content material) to droop peer Lord Maginnis for 18 months, after bullying and homophobia findings

Maginnis was accused of verbally abusing a parliamentary safety officer when he was requested to point out his safety cross in January. SNP MP Hannah Bardell claims the peer turned impolite and aggressive when she intervened in what she claims was one of many worst instances of abuse of safety employees. A month later, it was reported that Maginnis had despatched an e-mail about Bardell and fellow MP Luke Pollard by which he made homophobic remarks.

Final evening on @BBCScotNine Lord Maginnis confirmed he wouldn’t participate in any behaviour coaching. Not the contrition I or others are in search of. I can be looking for steering on what this implies however his appalling behaviour has no place in our politics????https://t.co/SdAQh8wzaS

He has defended himself in opposition to the claims, arguing that he’s the sufferer of a marketing campaign by LGBT rights charity Stonewall, which had demanded that he “step up and settle for duty for his behaviour and apologise to these he has damage.”

Nevertheless, the Lords Conduct Committee discovered he had proven little perception into the impression his behaviour had on the people concerned, and confirmed no regret for the damage that was prompted.


Maginnis, a former Ulster Unionist MP for Fermanagh and South Tyrone, was appointed to the Home of Lords as a life peer in 2001.