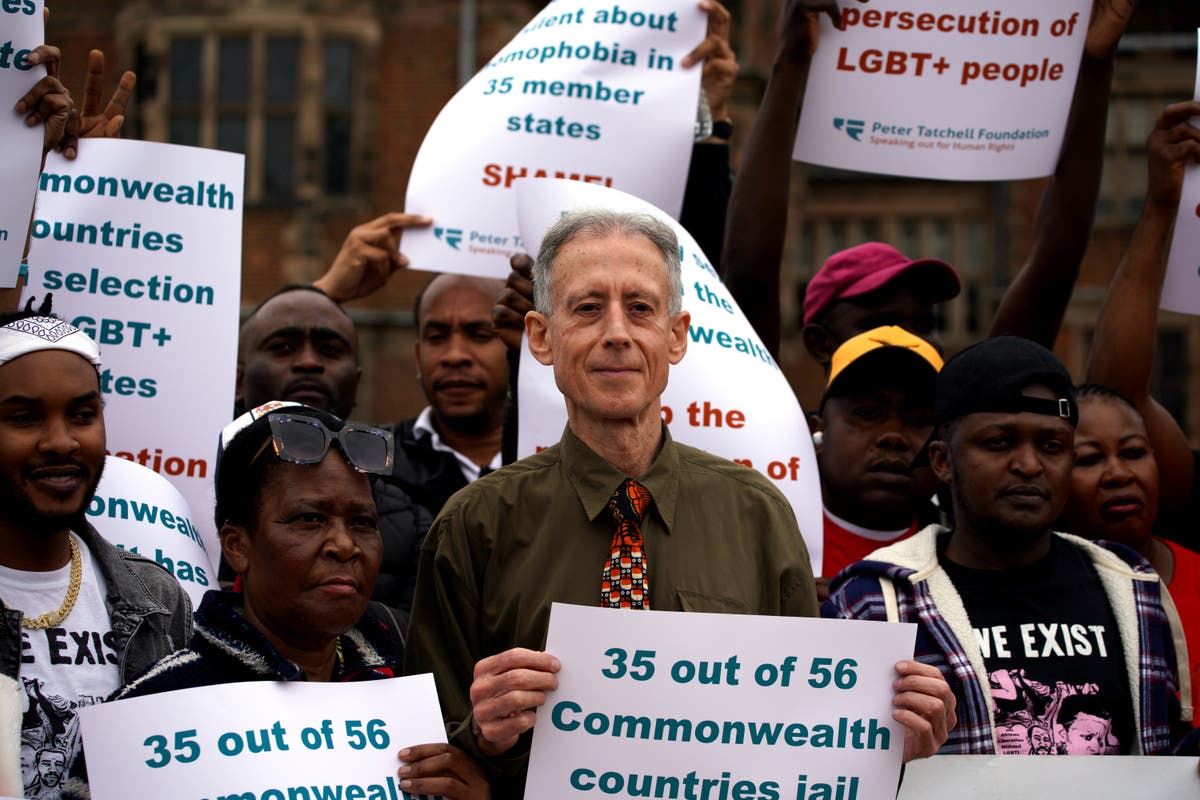 he closing leg of the Queen’s baton relay was met with a homosexual rights protest forward of the Commonwealth Video games opening ceremony in Birmingham.

Round 30 demonstrators gathered outdoors Aston Corridor on Thursday, led by human rights campaigner Peter Tatchell, who mentioned he was making an attempt to “increase public consciousness of homophobia within the Commonwealth”.

Mr Tatchell was joined by members of the Out and Proud African LGBTI group, who he mentioned had fled persecution of their dwelling international locations.

Some protesters wore T-shirts displaying the phrases “we exist”, and the group took half in chants similar to “freedom, equality, homosexuality”.

Most of the demonstrators held placards which learn “Commonwealth international locations ban number of LGBT+ athletes” and “abolish anti-LGBT+ legal guidelines within the Commonwealth”.

“A few of these individuals have been arrested, jailed, tortured and even subjected to makes an attempt to kill them with the sanction of their very own Commonwealth international locations.

“It’s unconscionable – it’s in defiance of the Commonwealth constitution.”

Mr Tatchell continued: “Our predominant function at this time is to lift public consciousness of homophobia within the Commonwealth.

“We additionally need to level out that the Commonwealth Video games Federation says that these video games are open for everybody – however that’s not true.

“An LGBT+ athlete in a Commonwealth nation the place homosexuality is in opposition to the regulation would by no means be chosen for his or her nationwide crew irrespective of how good they had been.

“They’d be put in jail as a substitute.”