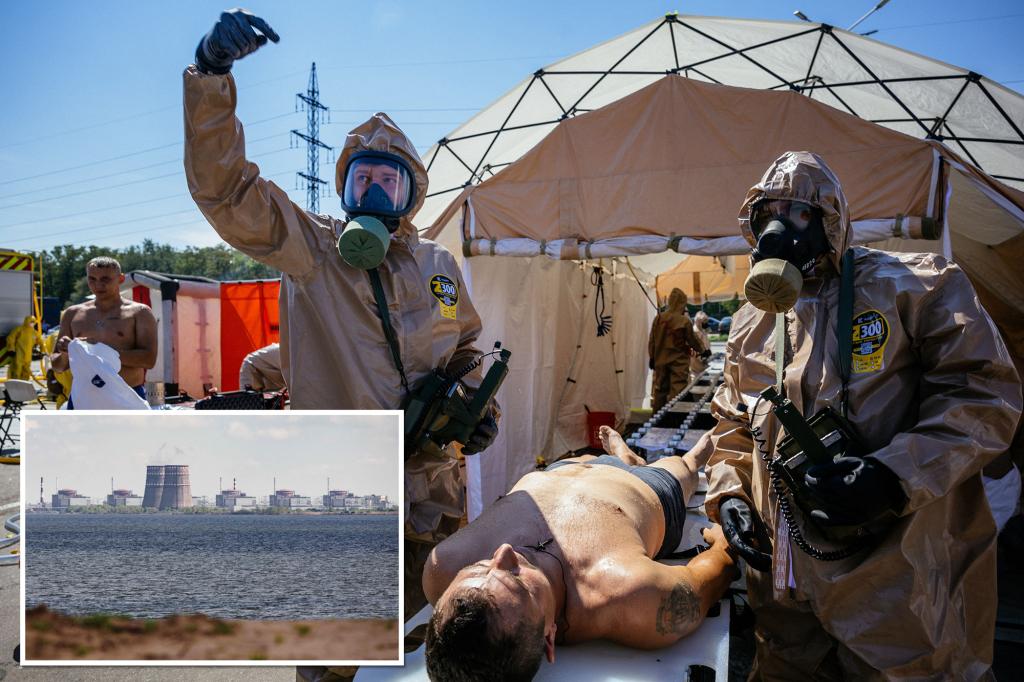 Ukrainian authorities warned of potential Russian provocations at Europe’s largest nuclear energy plant after employees there have been reportedly advised to not come to work on Friday.

The order has sparked concern that Russian President Vladimir Putin might have plans for a so-called false flag operation, because the battle enters its sixth month.

“There may be new data, it arrived about half an hour in the past, that for tomorrow, August 19, there may be an order for almost all of the [power plant’s] employees to not go to work,” Andriy Yusov, a spokesman for Ukrainian navy intelligence, advised the outlet.

“That is what the Russians advised their folks, primarily the staff of [Russian nuclear agency] Rosatom.”

Russia and Ukraine have been buying and selling blame for latest shelling on the plant, which Russian forces seized in March and promptly started utilizing as a navy base.

The plant, which sits some 75 miles downriver from town of Zaporizhzhia, has been residence to Russian artillery models which have been shelling close by Ukrainian positions with relative impunity.

One of many plant’s six nuclear reactors was shut down two weeks in the past after explosions took out {an electrical} transformer close by. Neither facet has claimed accountability for the explosion.

The United Nations’ atomic power chief, Rafael Grossi, urged each side to permit consultants entry to the plant to evaluate its security final week. No settlement to that impact has been reached.

In the meantime, Russia’s UN ambassador, Vassily Nebenzia, blamed Ukraine for “pushing the world to the brink of nuclear disaster” with what he known as the nation’s “felony assaults on nuclear infrastructure.”

Yusov, the Ukrainian intelligence spokesman, accused the Russians of planning “large-scale provocations” on the plant as early as Friday.

“We don’t rule out the potential for huge Russian provocations on the territory of the ZNPP tomorrow,” he mentioned. “That is confirmed by their propaganda, data from our sources, and the habits of the Russians on the station.”

An explosion at one of many plant’s reactors — or a big sufficient explosion on the plant’s radioactive waste facility — may doubtlessly distribute nuclear fallout for a whole bunch of miles.