Home UK SNP MP warns PM: A struggle with democracy is a struggle he...
UK

SNP MP warns PM: A struggle with democracy is a struggle he won’t ever, not ever, win 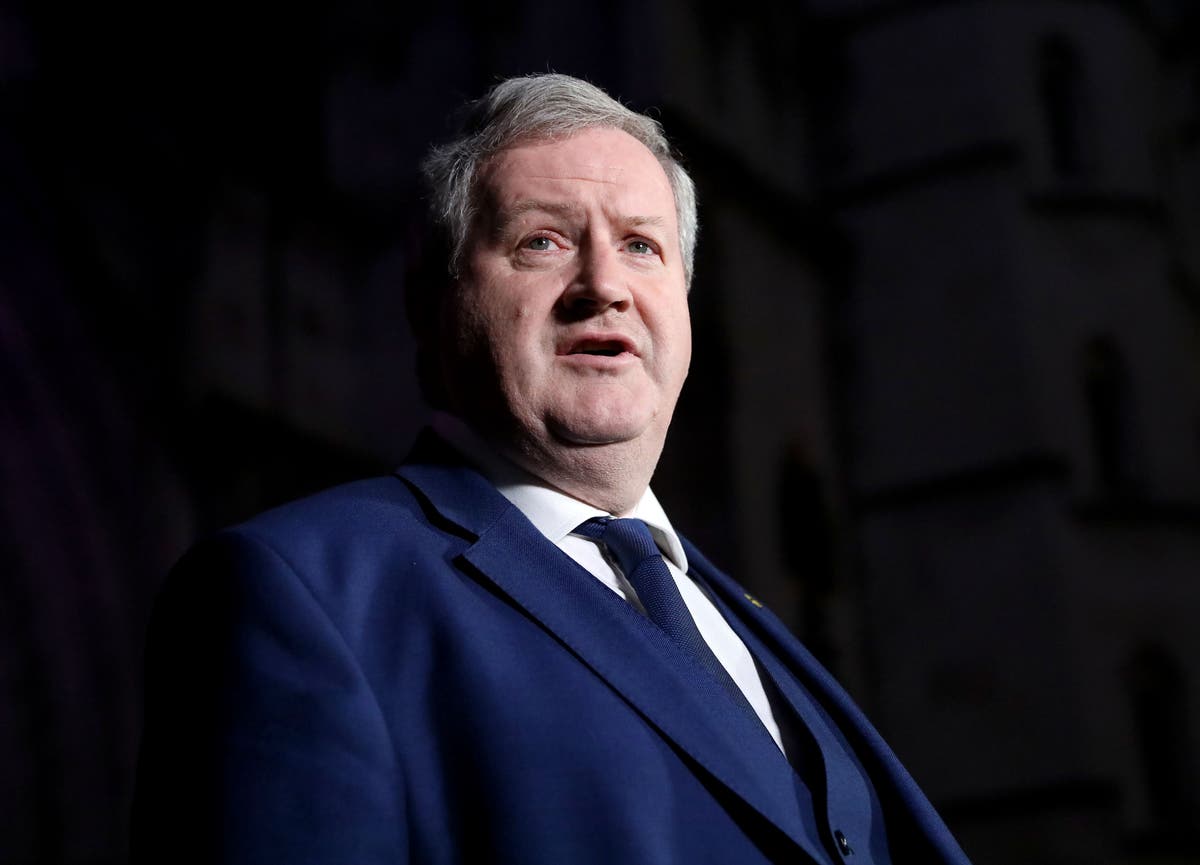 right here is now a “contemporary democratic dedication to offer the Scottish individuals the correct to decide on an unbiased future”, the SNP’s Westminster chief has mentioned.

Ian Blackford warned Boris Johnson: “The Prime Minister must replicate on this actuality. A struggle with democracy is a struggle he won’t ever, not ever, win.”

He accused Conservative MPs of “mocking” such remarks.

The Queen’s Speech, he argued, contained “additional energy grabs on state help and different elements of devolved spending and powers”.

He added: “When this disaster has handed there’s now a contemporary democratic dedication to offer the Scottish individuals the correct to decide on an unbiased future.

“The Prime Minister would do properly to take heed to the First Minister (Nicola Sturgeon) – an independence referendum is now a query of when and never if.”

He went on: “We stay up for Scotland re-joining the unbiased nations (of) the European Union.”

Mr Blackford added: “Final Thursday, the individuals of Scotland turned out in document numbers, the very best turnout that we’ve seen at a Scottish parliamentary election, to re-elect the SNP Authorities for a fourth consecutive time period.

“They turned out to help that message of hope and alter so brilliantly characterised by our First Minister. It was an election that broke almost each document within the guide and it’s a consequence that can proceed to reverberate.

“That electoral earthquake now opens the democratic path that can form Scotland’s future. And let’s be clear – that future will likely be in Scotland’s arms and it is going to be the individuals’s selection and no person, no person else.”

He continued: “The promise that we made to the individuals of Scotland was in the event that they voted for us in that election, in the event that they delivered a majority for independence in that parliament, that no person, not the Prime Minister and definitely not (Conservative MP Andrew Bowie) will cease the individuals of Scotland having a democratic selection.”

Mr Blackford added that the Conservatives need to “recognise what occurred”.

Conservative former Scottish Secretary David Mundell criticised the SNP’s need for a “divisive” second independence referendum, telling the controversy: “Not solely is that this the fallacious precedence for our nation, it’s a betrayal of each voter who supported the get together out of a need for management via the pandemic and into restoration.

“The SNP has no ethical authority to carry a second referendum.

“They failed their very own check to safe a majority and have been left as a minority authorities.”