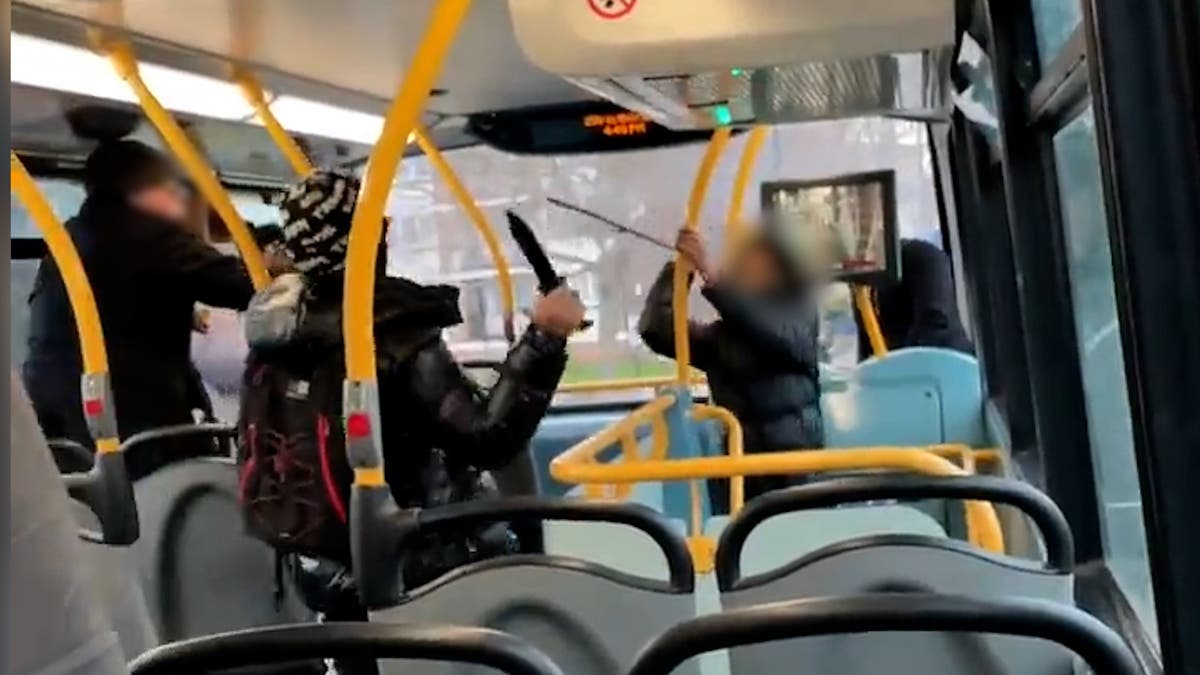 hocking footage filmed by a terrified bus passenger exhibits two boys in a operating knife battle on a bus in south London in rush hour.

Horrified commuters and college youngsters seemed on as one boy with an 8 inch blade slashes at one other who seems to defending himself with a metallic pole.

The incident occurred at 4.40pm on Thursday on the highest deck of the 109 bus at Streatham Hill on a service heading to Brixton.

One of many passengers filmed a part of the struggle earlier than backing off in concern because the pair fought alongside the bus hall.

The person who filmed the struggle which he posted on twitter wrote: “I filmed for 3 seconds earlier than they got here additional again. They didn’t say something to anybody else however everybody ran behind me.”

The struggle went on for 5 minutes with the boys, who look to be younger youngsters, brazenly brandishing their weapons in entrance of passengers.

Somebody seems to shout “ hey scumbag” as they’re attacking one another.

Each boys are sporting face coverings and puffa jackets because the goad one another operating up and down the deck of the bus.

Police are investigating and can request CCTV footage from the bus firm as a part of their inquiries.

A police spokesman mentioned: “Police have been known as at 16:41hrs on Thursday, 3 February to studies of a struggle on board a bus within the space of Telford Avenue, SW2.