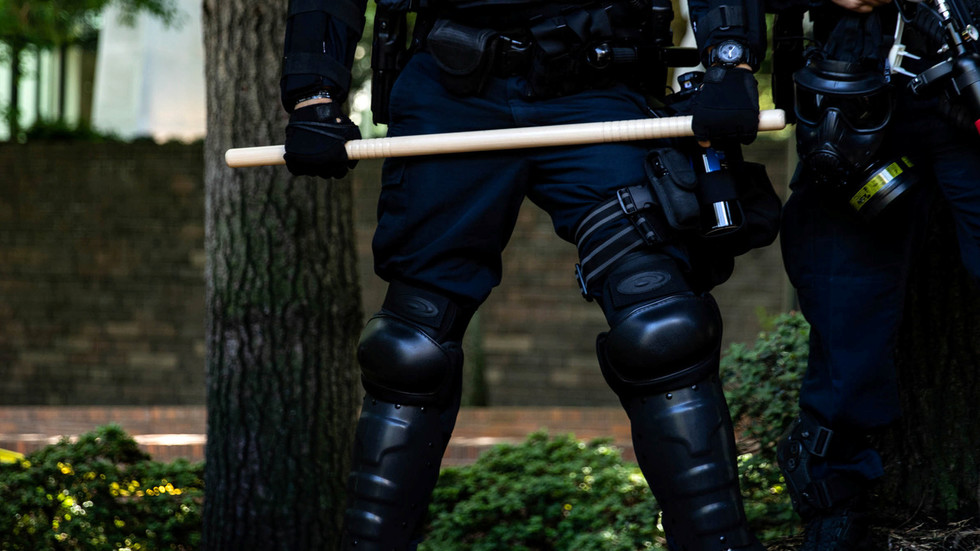 Protesters in Portland, Oregon clashed with federal officers after gathering at an ICE facility. Video reveals brokers dispersing the gang and detaining a number of demonstrators, one in every of whom claimed the act was “anti-Semitic.”

Protesters gathered in entrance of a Portland ICE (US Immigration and Customs Enforcement) facility on Tuesday night time and, after a number of warnings to remain off the property and to not block a driveway entrance, officers left the constructing and shortly dispersed the small crowd.

The officers made a number of focused arrests and used pepper balls, in line with native media.

One demonstrator was compelled to the bottom and started calling the officers “anti-Semitic” and figuring out himself as Jewish. One other appeared to withstand officers as he ran away and his head was compelled right into a pole as he was dropped at the bottom.


Different protesters hurled profanities on the brokers whereas they introduced the detainees into the constructing.

Federal brokers ultimately created a fringe across the constructing and warned protesters to maneuver again and preserve the driveway entrance clear.

The gang dispersed shortly after midnight, in line with native reporters, and the Division of Homeland Safety has not launched any official phrase on the incidents.