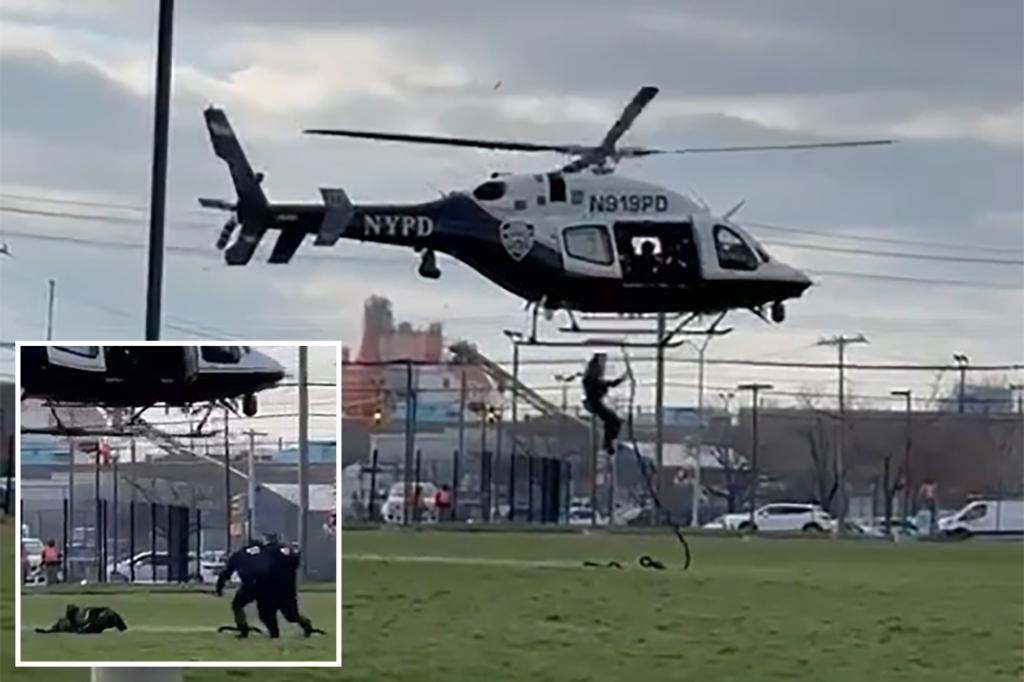 A NYPD detective plunged from a helicopter — clinging to a rope that wasn’t secured — throughout coaching on the police academy in Queens Thursday afternoon, and “snapped his leg in half,” police stated.

Video of the horrifying fall, obtained by The Submit, exhibits the police officer seize onto a rope to slip down from the chopper round 11:20 a.m.

However the rope both got here unfastened or wasn’t connected to something leaving sending the cop hurtling all the way down to the bottom from what seems to be 15 or 20 toes.

It wasn’t clear why the rope was unattached. Police sources stated the officer’s leg was “snapped in two” in impression.

The detective, whose identify wasn’t instantly launched, was rushed to Jacobi Hospital to deal with the damaged leg, police stated.

The demonstration was a part of an NYPD Hostage Negotiating Crew convention.