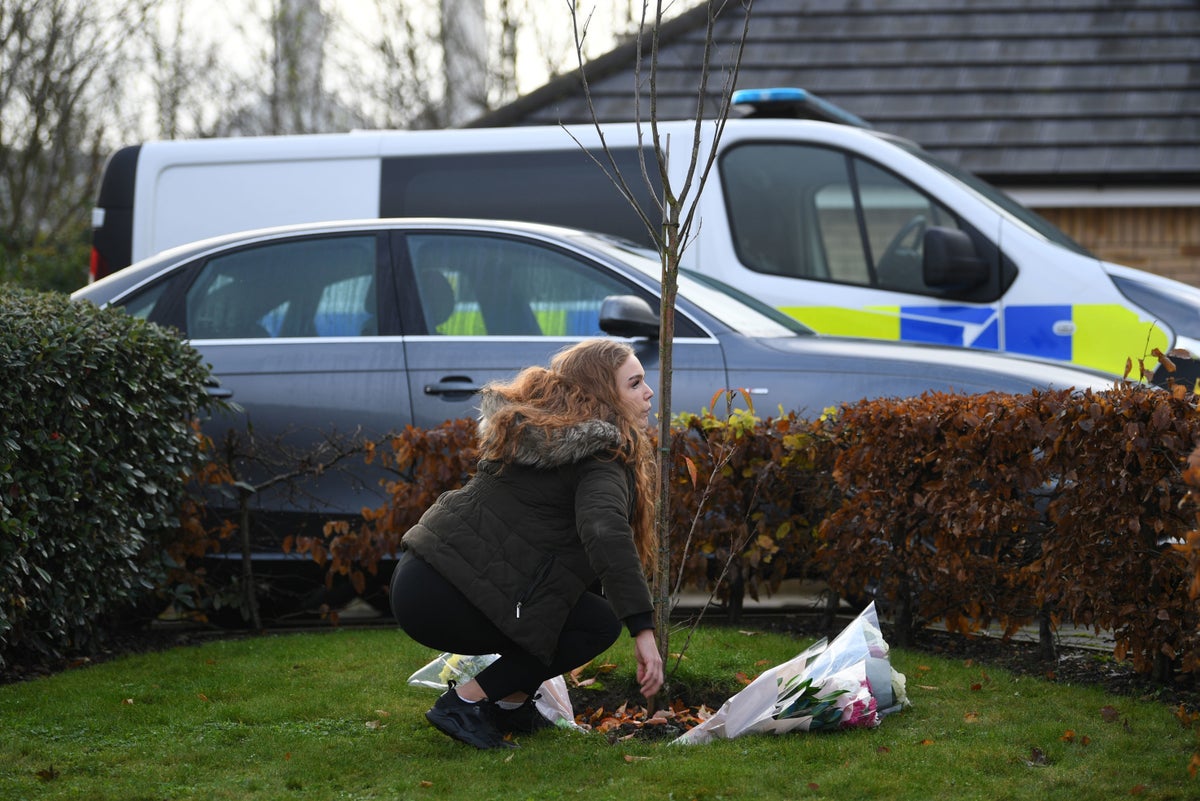 loral tributes have been laid to 2 younger youngsters who had been killed in a home hearth in Cambridgeshire.

A  three-year-old boy and his seven-year-old sister died within the blaze at a three-storey property in Buttercup Avenue, Eynesbury, at round 7am on Thursday morning, police mentioned.

Their 35-year-old mom was rushed to hospital with life-changing accidents, whereas her companion, a 46-year-old man, additionally suffered minor accidents.

Police and hearth service officers had been persevering with their investigations on the property on Friday as mourners flocked to go away playing cards and flowers.

Home windows on the terraced residence’s second and third flooring had been utterly burnt-out with the rooms inside blackened and guttering melted away.

The home is on a contemporary property close to St Neots, with many houses adorned for Christmas – together with a festive wreath on one fast neighbour’s door.

“By the point my spouse and I awoke the firefighters had already arrived.

“It took a very good three or 4 hours earlier than the smoke abated.”

He mentioned he didn’t know the household to talk to however mentioned “we might give them a wave”.

He added: “I’ve seen the kids enjoying within the backyard.

“Everybody’s completely well mannered and nice but it surely’s not the kind of place all of us get collectively frequently.”

Within the wake of the tragedy, a fellow neighbour arrange a GoFundMe web page to lift cash for the dad and mom of the 2 younger victims.

Gemma Phillips wrote in a message on the location: “Having solely not too long ago been impacted by the devastation brought on by the hearth of my Aunt’s residence, my coronary heart utterly goes out to this household.

“I can not even start to think about the immense ache and struggling they’re going by means of.

“I’d think about that shedding their youngsters has utterly damaged their hearts and their world.

“Let’s present them we care by donating to assist them by means of the immeasurable trauma they should be experiencing.”

By mid-morning the fundraiser had greater than doubled its preliminary goal of £1,000, elevating nearly £2,500.