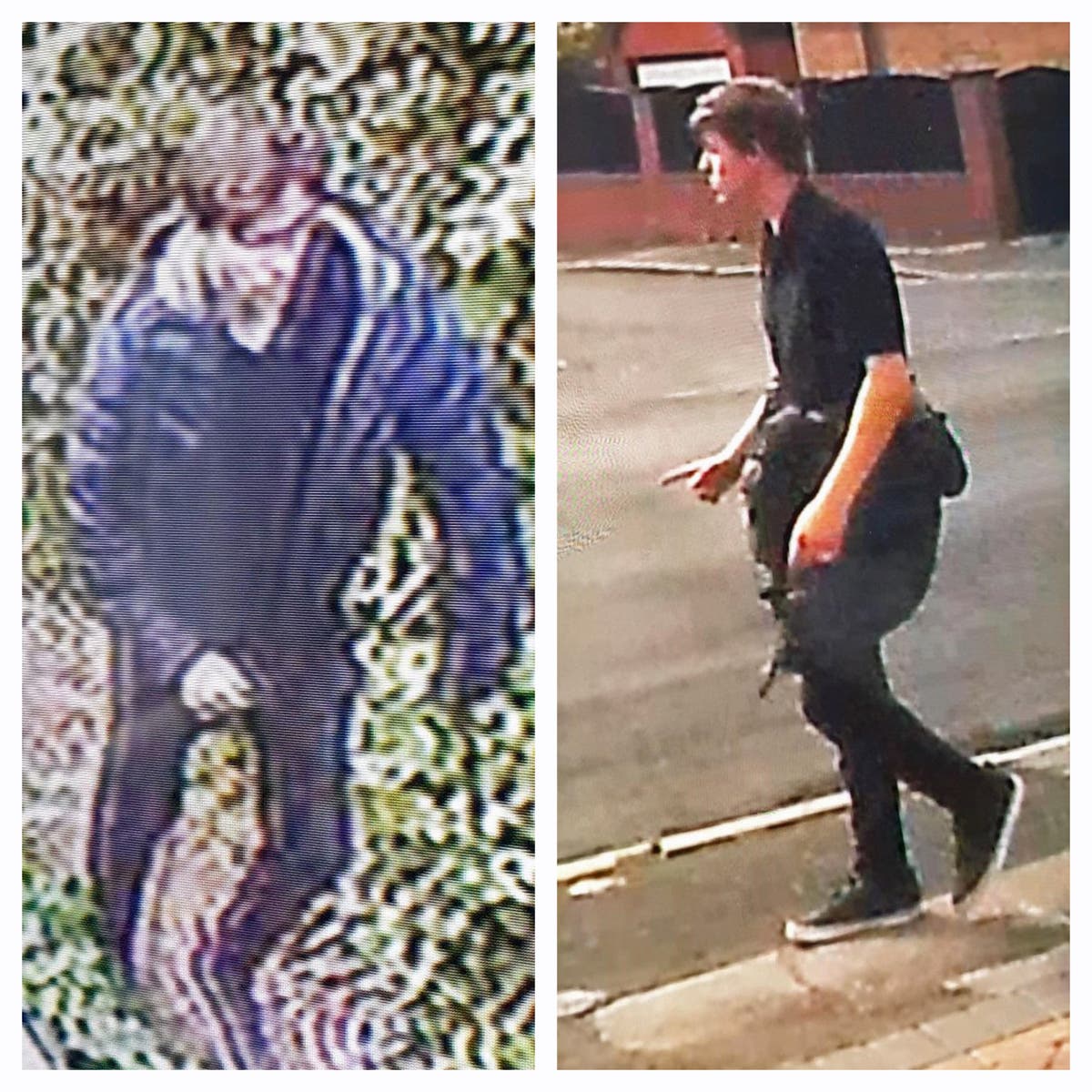 manhunt is underway after a seven-year-old lady was reportedly kidnapped and brought into woods.

The teen is believed to have been taken from Warne Avenue, Droylsden, Larger Manchester, on Wednesday afternoon.

She was reunited together with her household shortly after – with police trying to find her kidnapper after being referred to as at round 4pm.

Detectives, who stated enquiries are ongoing amid a big police presence within the space, have issued two footage of a person they urgently need to quiz.

Anybody who sees him has been advised to name 999.

Within the latter, the person seems to be carrying his jacket round his waist in Gainsborough Street as he heads in direction of The Snipe.