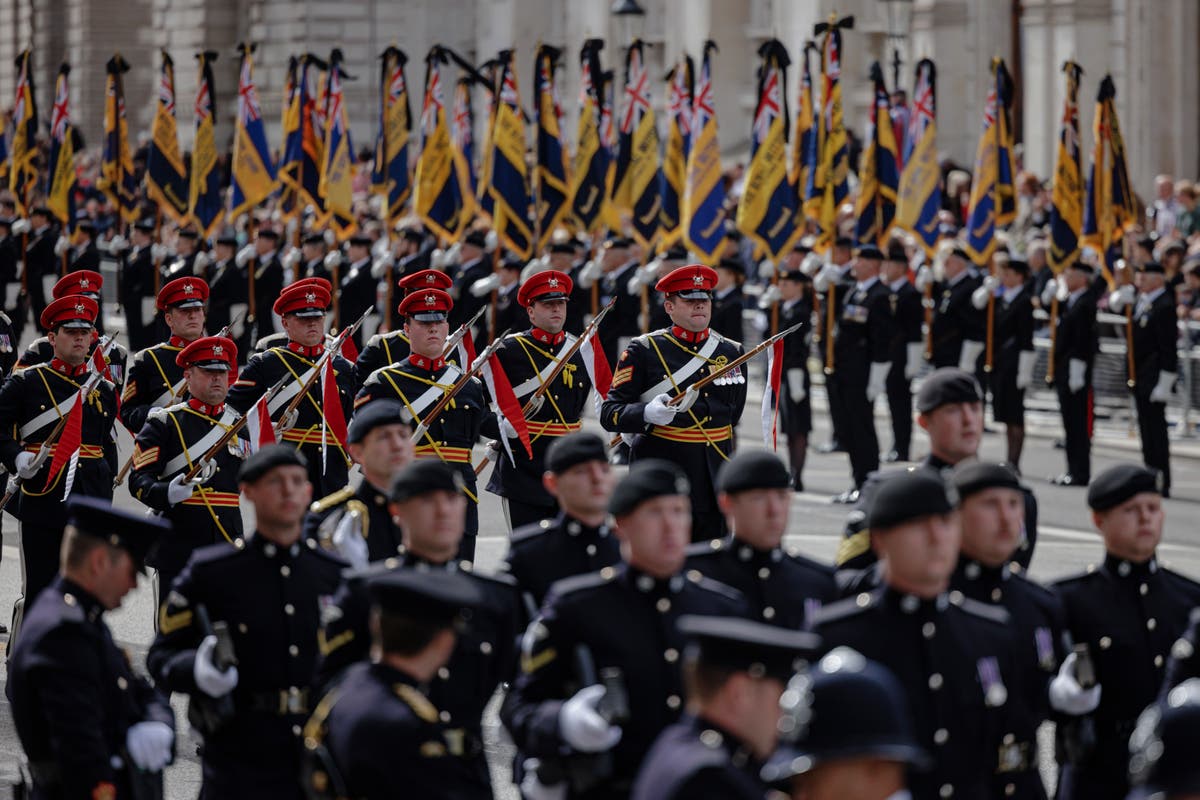 A man has been arrested after making an attempt to leap a barrier because the Queen’s coffin approached the Cenotaph, in accordance with reviews.

The suspect was tackled by officers after he emerged from the 1000’s of mourners lining Parliament Road by the Cenotaph on Monday and tried to leap over the metallic gate holding crowds again.

It got here because the late monarch’s coffin emerged from Westminster Abbey simply earlier than the total procession acquired underway, in accordance with The Scottish Solar.

The Night Commonplace has approached the Met for remark.

Because the funeral procession moved previous the Cupboard Warfare Rooms, the Cenotaph and Downing Road, there was a hush from the group in Whitehall.

Some emerged from balconies and home windows, clad in black, whereas these on the road craned their necks and clutched cameras as they awaited the prospect to say goodbye to the monarch.

Because it moved previous the Cenotaph, the King, the Prince of Wales, the Princess Royal and the Earl of Wessex saluted the memorial to Britain and the Commonwealth troopers killed within the First and Second World Wars.

After her State Funeral at Westminster Abbey, the late monarch’s coffin was borne on the State Gun Carriage, for a last journey pulled by Royal Navy scores to Wellington Arch.

The procession, involving greater than 3,000 members of the armed forces and on a scale of pageantry not seen for the reason that funeral of King George VI in 1952, set off from the abbey at round 12.15pm.

Greater than 10,000 cops had been on responsibility for an unprecedented safety operation for the primary state funeral for the reason that one held in 1965 for Winston Churchill, the primary of 15 prime ministers in the course of the Queen’s 70-year reign.

The Dean of Windsor will later conduct a personal burial service attended by the King and members of the royal household at 7.30pm.

The Queen, who died on September 8 on the age of 96, might be buried at King George VI Memorial Chapel, and can relaxation alongside the Duke of Edinburgh.