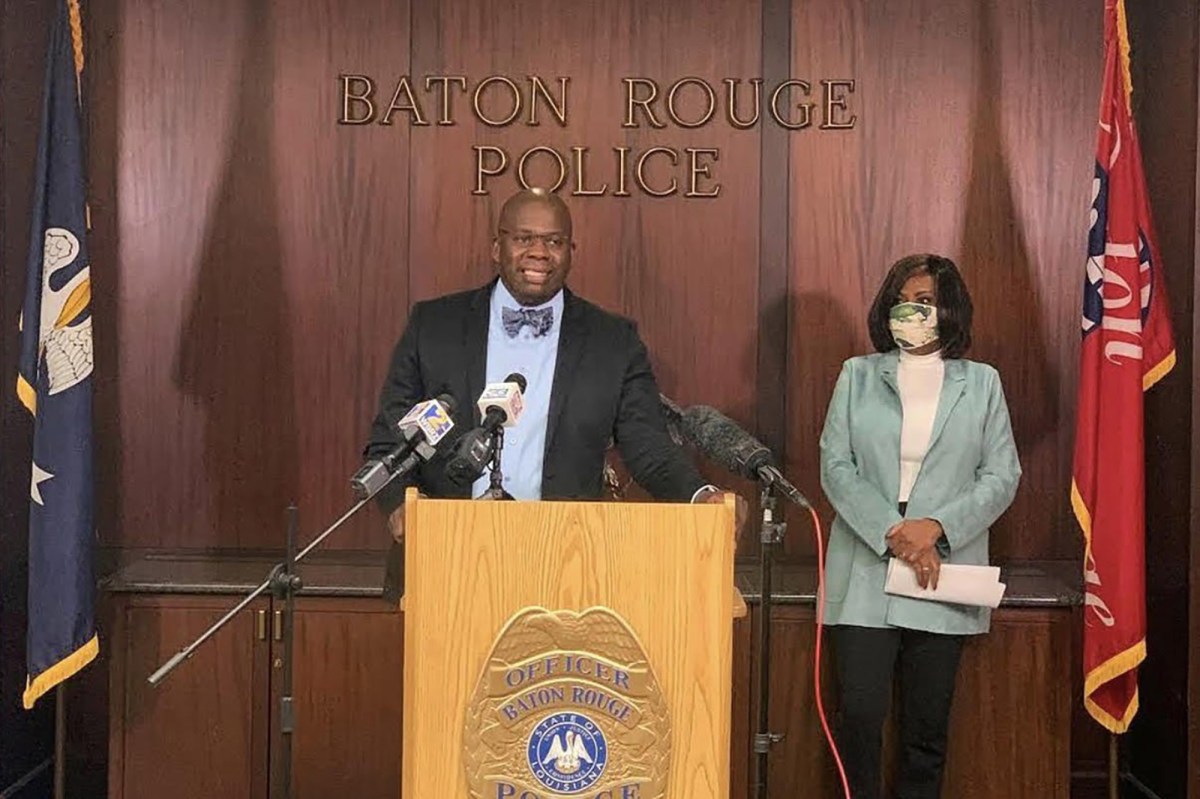 A Louisiana police officer restrained a 13-year-old boy by placing his arm across the again of the kid’s neck whereas pinning him to the bottom, video exhibits.

The chaotic clip, posted Sunday on Twitter exhibits a Baton Rouge police corporal atop the juvenile as witnesses surrounding the pair plead with the officer to cease, saying to get off the “little boy.”

“He wasn’t doing nothing!” one man yelled on the corporal and one other cop on the scene. Seconds later, the corporal who had been restraining the teenager launched his grip after which put the boy into handcuffs, video exhibits.

Baton Rouge Mayor-President Sharon Weston Broome instructed reporters she and the town’s police chief considered the footage Monday and have launched a evaluate into the incident.

“What has raised ire of the general public was a portion of the video involving a 13-year-old juvenile and what seems to be the arm of a Baton Rouge police officer round his neck,” Broome stated.

No resolution was made concerning the officer’s actions as of Tuesday, however Broome stated the town and its police division filed a petition in courtroom Monday to permit the total body-camera video to be made public because it entails a minor.

“I perceive the importance of this second, given our historical past and occasions which have taken place in our nation,” Broome stated. “I’ll make it possible for that is totally investigated.”

The footage was launched to the boy’s household Monday, Broome stated.

Police Chief Murphy Paul stated cops responded to 2 disturbance calls involving a number of children who have been allegedly harassing different folks. Officers acquired to the scene and de-escalated the scenario with out issuing citations or arresting anybody, Paul stated.

Officers then returned to the situation about an hour later and took two juveniles into custody – one for battery of a police officer and one other for resisting arrest, Broome stated.

An lawyer for the boy seen within the clip instructed The Advocate he was charged with battery of a police officer earlier than being launched from a juvenile detention middle later Sunday.

“I respect the swift response from Mayor Broome and the guarantees made by Chief Paul,” lawyer Ron Haley stated in a press release. “Nonetheless, too many instances in our neighborhood we see apparent police misconduct go unchecked and unpunished.”

“No unarmed little one ought to be choked and manhandled by a police officer,” Haley’s assertion continued.

The officer in query – a 12-year division vet — remained on active-duty Tuesday, a Baton Rouge police spokesman instructed The Publish.