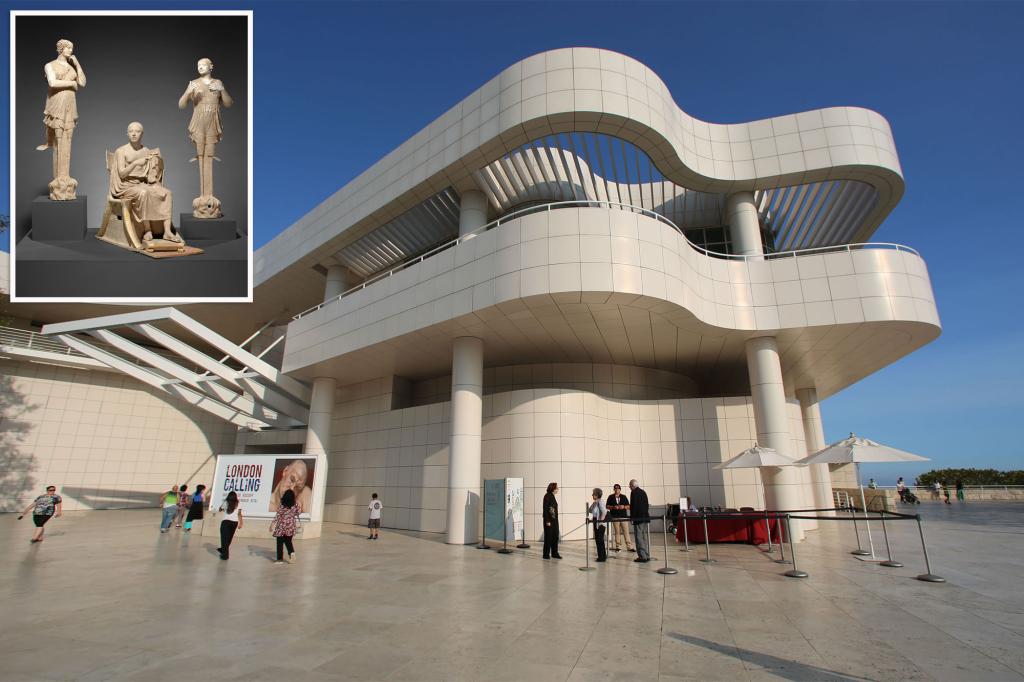 A well-known museum in Los Angeles will return a set of historic sculptures that had been “illegally” taken from Italy.

The J. Paul Getty Museum introduced it teamed up with the Italian Ministry of Tradition to rearrange the protected return of “Orpheus and the Sirens,” a three-piece life-size assortment of terracotta sculptures which have been traced again to the fourth century B.C.

The trio of sculptures are modeled after the legendary Greek poet Orpheus, who has been chiseled down right into a seated place, and two unnamed sirens, who stand tall.

In a press launch issued on Thursday, Aug. 11, the J. Paul Getty Museum stated that it has eliminated the sculptures from public viewing after it had been notified by a “dependable” supply that the paintings had seemingly been “stolen or illegally excavated.”

The museum has a longtime coverage that permits it to return artifacts to their nations of origin or discovery if it’s discovered that gadgets had been illegally exported.

“Due to info supplied by Matthew Bogdanos and the Antiquities Trafficking Unit of the Manhattan District Legal professional’s Workplace indicating the unlawful excavation of Orpheus and the Sirens, we decided that these objects ought to be returned,” stated the Getty Museum’s program administrators Timothy Potts, Maria Hummer-Tuttle and Robert Tuttle, in a joint assertion.

The museum added that it values its “robust and fruitful relationship with the Italian Ministry of Tradition” in addition to the opposite relationships it has within the nation amongst archeological, conservation, curatorial and scholarly teams.

“Orpheus and the Sirens” is believed to have been sculpted someday between 350 and 300 B.C.

It’s thought of a fragile piece of artwork and is created from terracotta, a white slip of calcium carbonate and multicolored polychromy in orange-gold, black, pink, gold-yellow, brown and pink.

Polychromy is an historic portray method that artists used to make their creations look life-like with coloration variations, based on Getty’s “The Shade of Life” exhibit from 2008.

The museum stated it’s prepping the sculpture for transport to Rome, and it anticipates it is going to be despatched in September.

Apart from the sculptures, the Getty Museum can also be returning 4 different artifacts to Italy, together with an Etruscan bronze thymiaterion (350 to 325 B.C.), a marble head statue generally known as the “Colossal Head of a Divinity” (second-century A.D.), a stone mould for casting pendants (second-century A.D.) and a colourful canvas oil portray from Camillo Miola entitled the “Oracle at Delphi” (1881).

Researchers on the Getty Museum and unbiased students reportedly decided that these items of artwork ought to be returned.

The Italian Ministry of Tradition will add the returned artifact to its assortment.