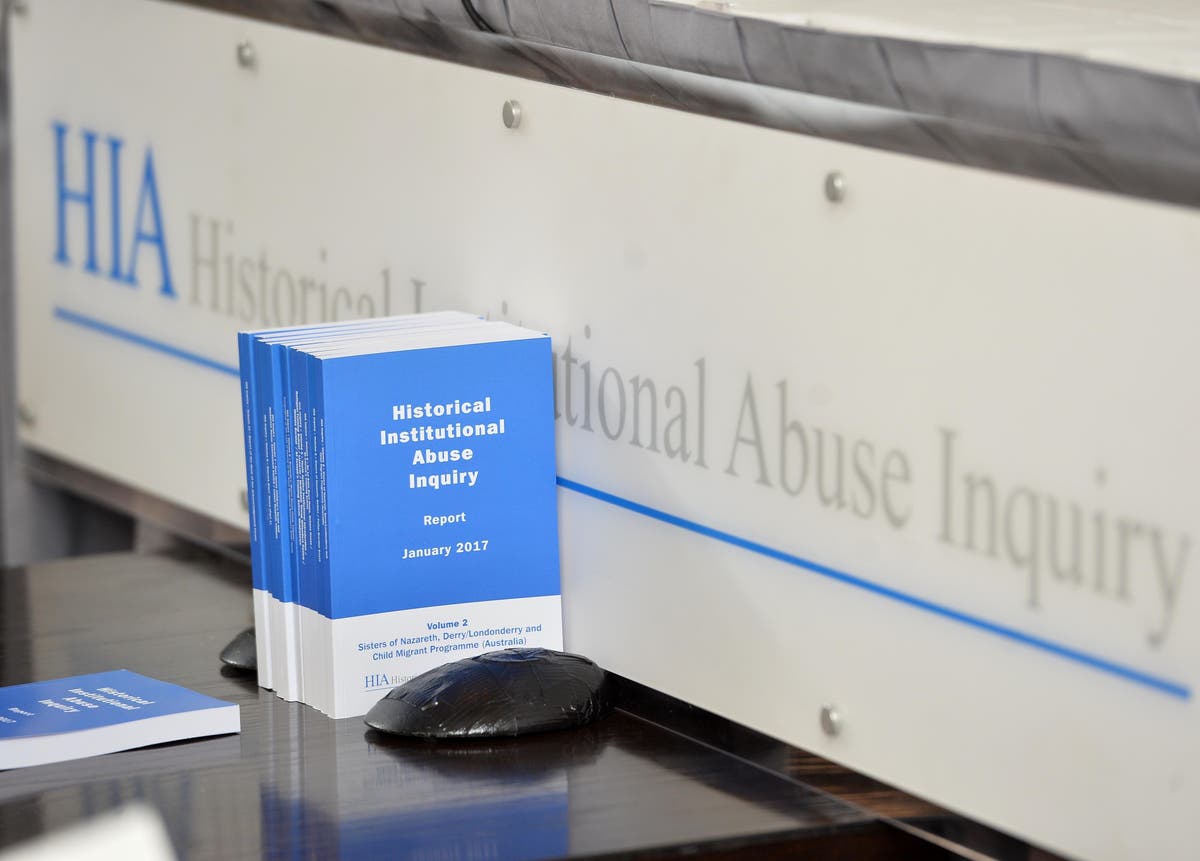 he Commissioner for Survivors of Institutional Childhood Abuse has written to the First Minister and deputy First Minister expressing critical considerations {that a} deliberate apology won’t go forward.

Mr Givan and Michelle O’Neill had been scheduled to apologise on behalf of the powersharing Govt on March 11, 5 years after the transfer was advisable within the Historic Institutional Abuse Inquiry report.

How far more are we going to ask victims and survivors to endure earlier than they hear, ‘You had been by no means accountable. We failed you. We’re sorry?’

Within the letter, seen by the PA information company, Commissioner Fiona Ryan wrote: “I’ve been listening and talking with victims and survivors all morning since this information broke.

“Phrases like anger and disappointment don’t come close to to describing their emotions – rage, devastation and betrayal are much more correct however beneath these is profound disappointment.

“How far more are we going to ask victims and survivors to endure earlier than they hear, ‘You had been by no means accountable. We failed you. We’re sorry?’

“How for much longer should victims and survivors wait?”

Ms Ryan mentioned the problem went “past politics” and that the Govt has “an obligation to ship the promised apology”.

She added: “The concept that victims and survivors are as soon as once more being made to really feel disregarded and discarded can’t be allowed to occur.

“It was solely two weeks in the past right now, on twentieth January, on the fifth anniversary of the Historic Abuse Inquiry report, that the Govt introduced the eleventh of March because the date for the apology to victims and survivors.

“The symbolism of that date deeply resonated with victims and survivors. Now, 14 days on that apology hangs within the steadiness.”

She warned that if the apology will not be made, it dangers inflicting “additional trauma” to victims and survivors.

“It’s going to ship the message that after once more they don’t seem to be seen and never heard and the ache and struggling they endured as abused kids is as soon as once more being ignored,” she wrote.

Ms Ryan famous {that a} overview of the redress course of is below method, and requested for readability on how it will proceed if Stormont collapsed.

“How will any suggestions be taken ahead or will the overview merely be left to lie on a shelf to assemble mud?” she requested

“I’m beseeching you to look at each doable avenue to creating this apology occur for victims and survivors of institutional childhood abuse.”

The Historic Institutional Abuse Inquiry examined allegations of bodily, emotional and sexual hurt of kids in residential establishments between 1922 and 1995.

“I wish to see them getting that apology and I’m decided to make sure that that apology is forthcoming,” he mentioned.

“We’re in discussions this night with the deputy First Minister, and with others, about what we are able to do to make sure the choices that had been to be taken are taken.”

However SDLP MLA Sinead McLaughlin mentioned the DUP was accountable for the scenario after its determination to break down the establishments.

She mentioned: “The actions of the DUP could have far-reaching penalties for everybody within the North, however to compound the harm and ache of victims and survivors of HIA, some who’ve been by the worst experiences possible and carry the scars with them to today, is meaningless.

“Paul Givan and his DUP colleagues ought to dangle their heads in disgrace right now. I’ll proceed to work with victims and survivors and can do every little thing in my energy to make sure they get the apology they so richly deserve.”