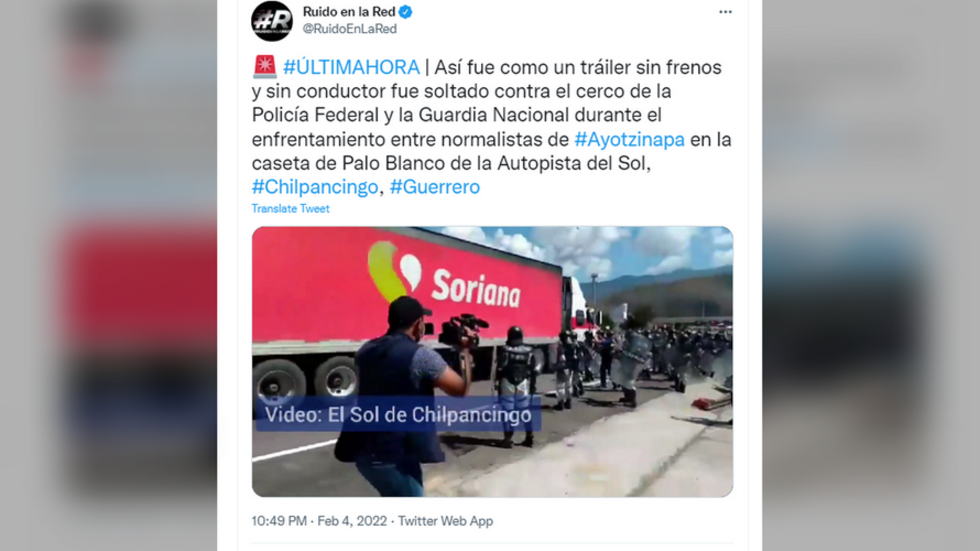 College students protesting a 2014 mass kidnapping directed a driverless freight truck to slip downhill in the direction of a line of nationwide guardsmen and law enforcement officials guarding a toll sales space in Chilpancingo, southern Mexico on Friday.

Footage from information studies and movies on social media present an out-of-control massive purple truck driving dangerously near the officers and crashing into an data stand, damaging a automobile parked close by.

Not one of the officers had been injured by the truck, AP reported.

College students earlier tried to grab the toll cubicles in an try to dam the freeway. Mexican media reported that they pelted officers with stones, bottle rockets, firecrackers, and Molotov cocktails. Police responded by firing volleys of tear gasoline.

The federal government and investigators mentioned the scholars had been taken by corrupt law enforcement officials and handed over to drug cartels.