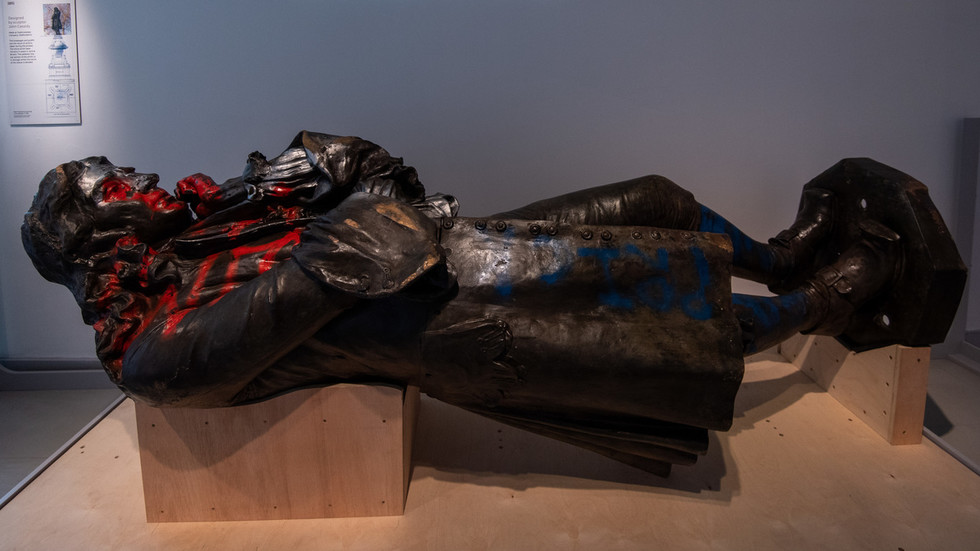 An impartial citywide session into the way forward for the just lately toppled statue of Bristol slave dealer Edward Colston has concluded it needs to be housed in a museum.

The advice offered by the We Are Bristol Historical past Fee is that the statue is completely displayed horizontally and nonetheless lined with paint, preserving the broken state it was in when it was retrieved from the harbor into which it was dumped.

80% of Bristolians surveyed acknowledged that the statue ought to go on show. Of the one in 5 people who didn’t need the statue to be displayed, half of that group needed it to be returned to the plinth, whereas 1 / 4 of these people thought it needs to be destroyed.


The report acknowledged that the plinth which beforehand housed the statue needs to be used to show momentary items or actions that replicate points which can be essential for Bristolians, together with the historical past and impression of the slave commerce. It also needs to stay empty at occasions to remind individuals passing by of what occurred to the statue.

Through the seventeenth century, Colston was a shareholder within the Royal African Firm, which shipped 84,000 Africans – together with 12,000 kids – into slavery.

The Colston statue was torn down by Black Lives Matter protesters in 2020 earlier than it was thrown into the Bristol harbor in opposition to his position as a slave dealer.

4 activists who had been answerable for ripping the statue off its plinth had been cleared of felony wrongdoing in January after urging jurors to “be on the best aspect of historical past.”