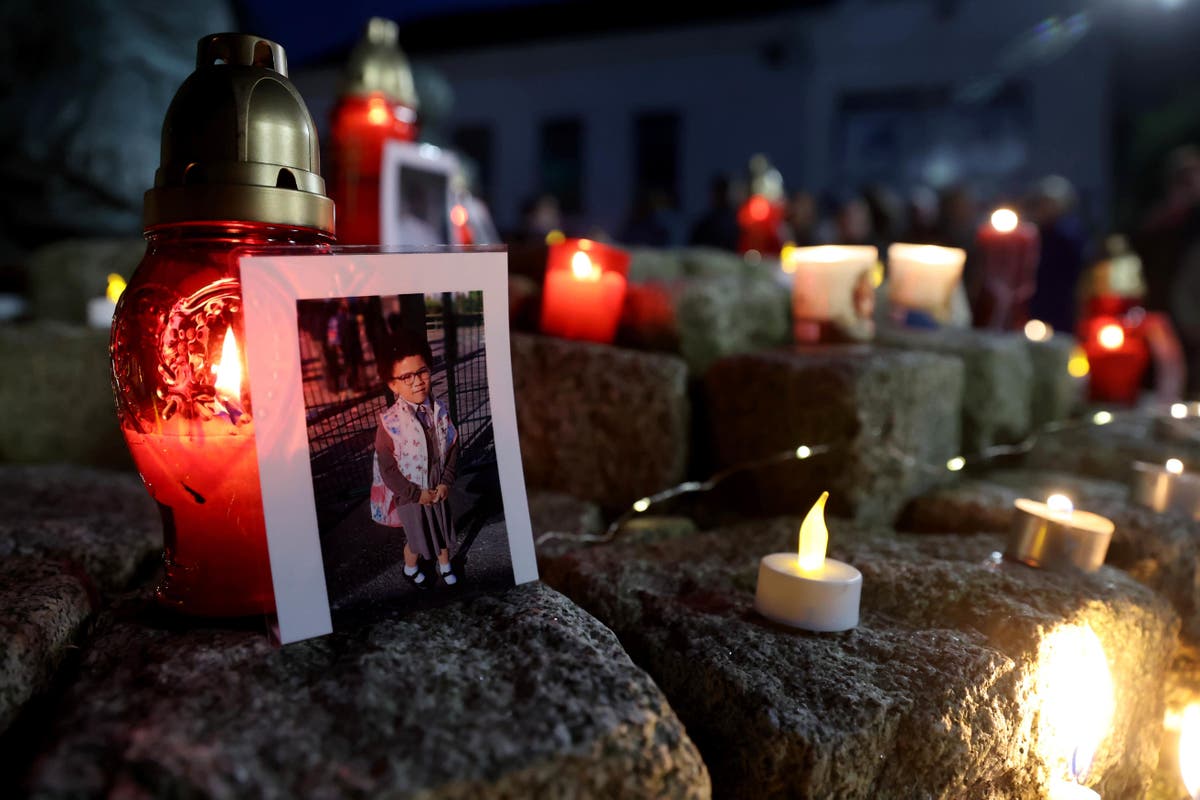 he first of the funerals of the victims of the service station explosion in Co Donegal will happen later.

Ten folks, aged from 5 to 59, had been killed within the tragedy within the village of Creeslough on Friday.

Separate funeral companies for clothier Jessica Gallagher, 24, and Martin McGill, 49, who was initially from Scotland, will probably be held at St Michael’s church in Creeslough on Tuesday.

The tight-knit neighborhood has been described as “filled with grief”.

Father John Joe Duffy stated the outpouring of help for Creeslough is “like a tidal wave lifting us and making an attempt to drift us out of the tsunami of grief”.

“We admire that so very a lot,” he added.

Candle-lit vigils happened throughout Donegal and in Londonderry on Monday.

Books of condolence have additionally been opened in cities and cities throughout Eire.

On Monday, the King prolonged his condolences to the folks of Eire following the “appallingly tragic” explosion.

On the identical day the chief of the Catholic Church in Eire, Archbishop Eamon Martin, visited Creeslough.

He stated he was “shocked by the tragic and horrific” explosion.

The opposite eight victims had been 50-year-old Robert Garwe and his five-year-old daughter Shauna Flanagan Garwe, who had been within the store to purchase a birthday cake; 48-year-old James O’Flaherty; 14-year-old Leona Harper; 39-year-old Catherine O’Donnell and her 13-year-old son James Monaghan; 59-year-old Hugh Kelly; and 49-year-old Martina Martin.

Mr O’Flaherty’s funeral will probably be in St Mary’s Church in Derrybeg on Wednesday morning.

A joint service will probably be held for Ms O’Donnell and her son James at St Michael’s in Creeslough on Wednesday afternoon.

A funeral for Ms Harper is to happen at St Mary’s Church, Ramelton on Thursday. Mrs Martin, a mom of 4, will even be laid to relaxation on Thursday with a service at St Michael’s Church, Creeslough.