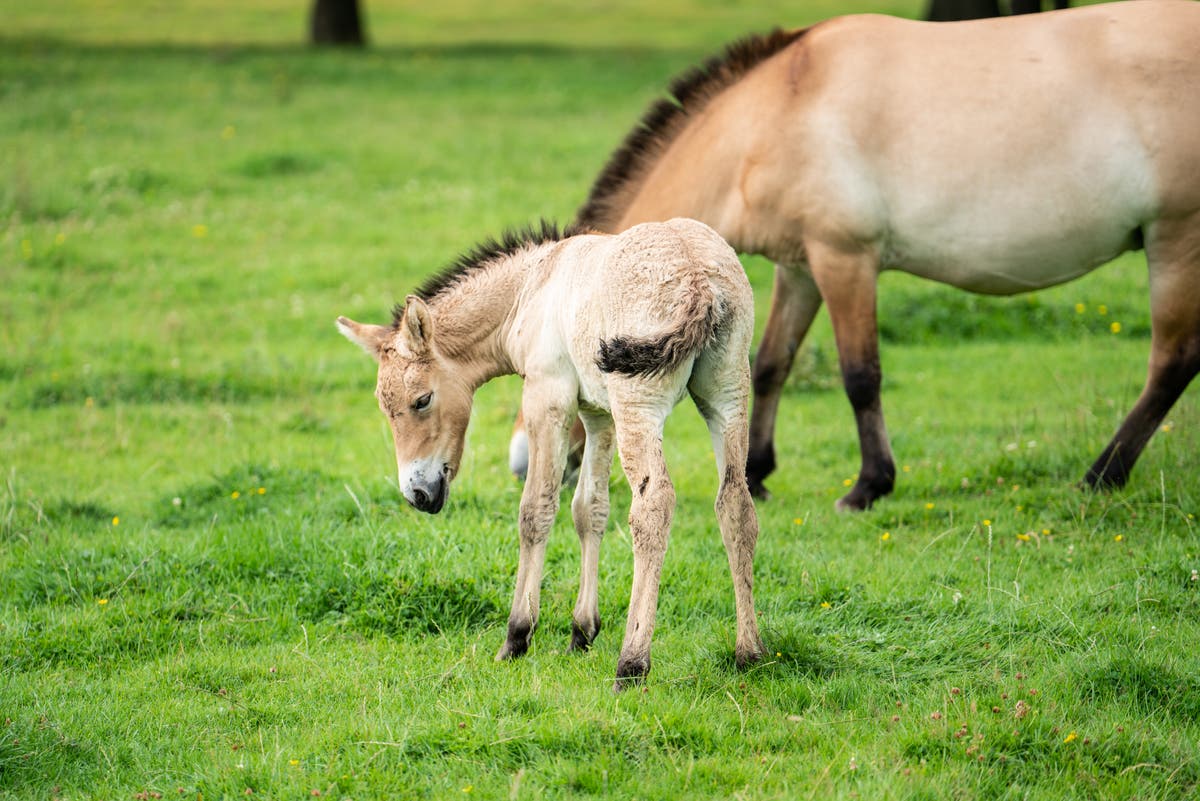 uncommon and endangered Przewalski foal, the final “really wild” species of horse, has been born at ZSL Whipsnade Zoo

Born on 17 July, the foal is simply starting to discover her environment with mom Charlotte

Keepers requested ZSL conservationists working in Mongolia to call the brand new foal, who referred to as her Sooton, which means “sassy and vigilant” in Mongolian.

Mr Holden stated: “Whereas we monitored the scenario rigorously, we additionally knew that, as an skilled mum, Charlotte would know simply what to do, and that she would care splendidly for her new child foal.

“She’s been very protecting, so we’ve saved our distance, completely satisfied to see that Sooton’s suckling and growing properly.

“Sooton has principally stayed near her mum and her large sister Shargahan however is simply beginning to stretch her legs and attempt to gallop.”

Not like different species of horse which are generally described as wild, the Przewalski horse is the one species thought-about by conservationists to be really wild, as it’s not descended from domesticated horses.