Decommissioned oil rig to reopen as public artwork set up 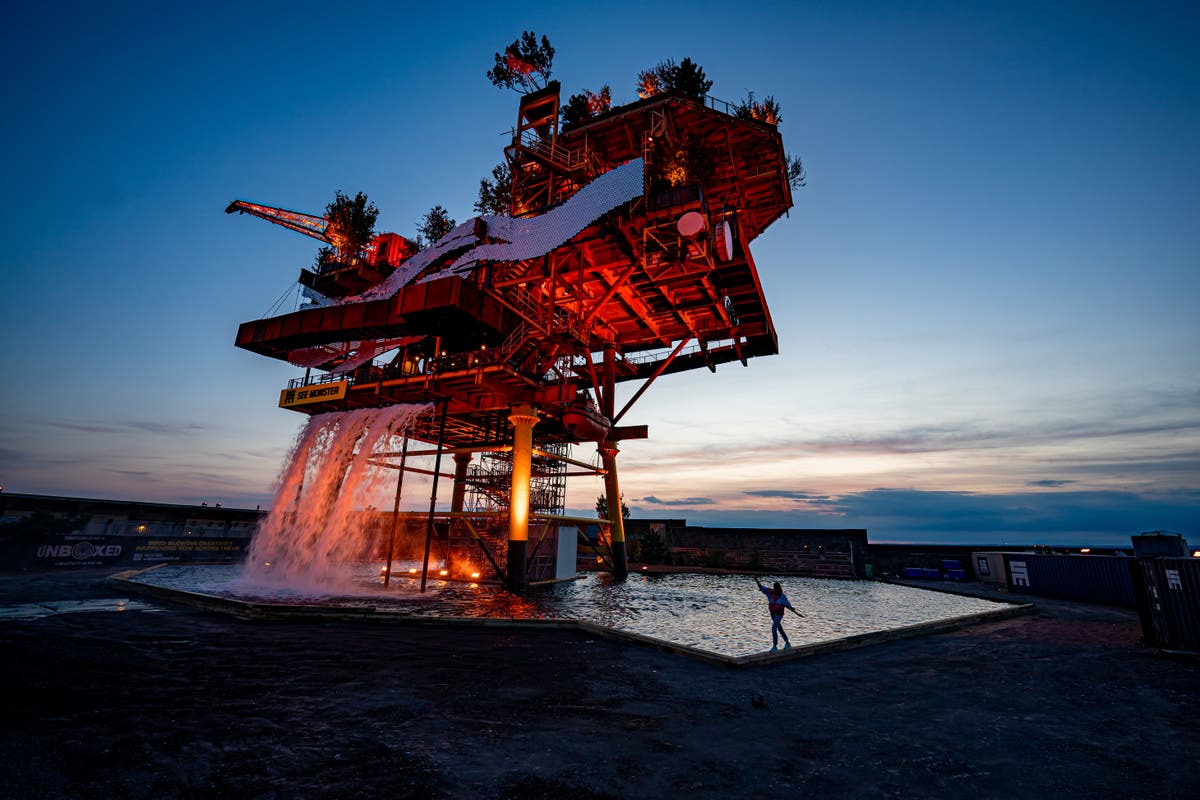 450-tonne decommissioned oil rig that has been reworked into an interactive artwork set up in Weston-super-Mare will open to the general public from Saturday.

The set up additionally contains an amphitheatre, a multi-level slide, a 6,000-piece kinetic set up forming the monster’s “scales” and a 10-metre waterfall.

On the base of the 35-metre-tall construction is a broadcast studio.

These behind the mission are hoping it would remodel perceptions round how out-of-date industrial infrastructure is disposed of.

The mission was the brainchild of Leeds-based design and occasions firm Newsubstance and varieties a part of the Unboxed: Creativity within the UK pageant.

In July it was delivered to the seaside of the North Somerset city and lifted on to a base on the Tropicana arts and music venue.

Patrick O’Mahony, artistic director and founding father of Newsubstance, stated: “From the roar of the waterfall to the shimmering scales, we invite our viewers to ascend the monster, operating by way of clouds and exploring wild gardens till they attain the summit the place they will see our monster’s dwelling from a brand new perspective.

“We’re thrilled that the general public can now board See Monster, after witnessing its transformation over the previous few months.

“We hope this once-in-a-lifetime expertise, that began as an experiment in training and creativity in Weston-super-Mare, will go on to have a a lot better and long-lasting legacy.”

Dr Ella Gilbert, local weather science adviser to the mission, stated: “See Monster reminds us how our industrial historical past has formed our local weather, and the way we are able to remodel our future by repurposing infrastructure like oil and fuel platforms.

“We all know concerning the unfavorable influence of our dependence on fossil fuels. Much less typically can we hear concerning the methods wherein we are able to remodel society for the higher.

“See Monster is a chance to see and listen to concerning the form of options and potential futures we are able to create collectively and to be awed and amazed by the spectacular sights and sounds of the climate, to be excited by the science behind it and to study the way it helps us perceive our planet.”

See Monster is open from September 24 to November 5 and is free to enter.