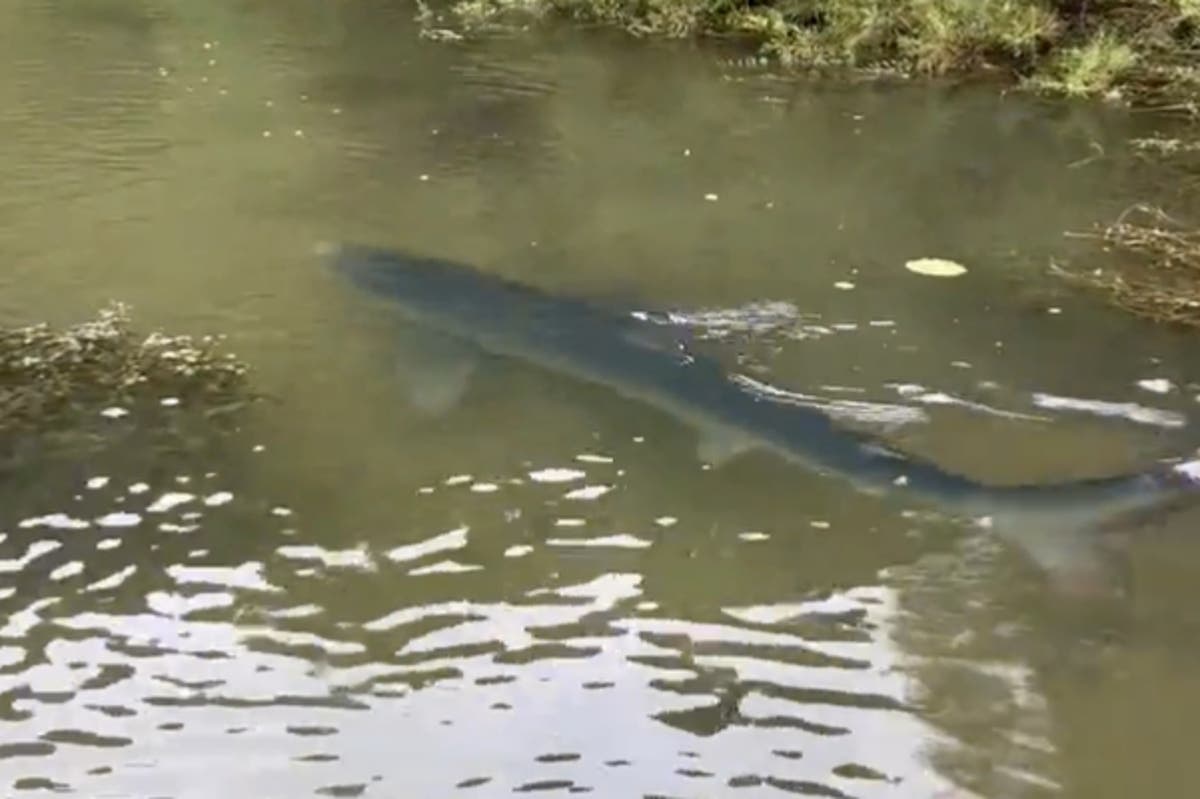 five-foot blue shark was noticed swimming in shallows on the Cornish coast, sparking considerations for its welfare.

The creature, which generally lives in deep water, was noticed swimming in Carrick Roads – an estuary close to Falmouth – on Wednesday morning.

Marine animal consultants and rescuers from charity British Divers Marine Life Rescue had been known as to the stranding.

The shark was seen twisting round in shallow water, showing to rub towards the sandy sea flooring.

Sharing a video of its uncommon actions and interesting to shark consultants for assist, marine biologist Christy Judd wrote on Twitter: “As you possibly can see this shark seems pretty wholesome, so this behaviour could be very unusual! Anybody have any theories?”

She added that it’s uncommon for blue sharks to come back thus far inshore.

“That’s why we’re so involved about its well being – positively unusual behaviour,” she wrote. “We theorised that it may have chased a shoal of fish after which grew to become disoriented.”

Some speculated the shark may have been disoriented by sonar utilized in army coaching.

Others prompt the creature – which generally inhabits water saltier than the brackish estuary – may have been “confused” by its environment.

The shark was noticed for about seven hours, earlier than leaving the world of its personal accord.