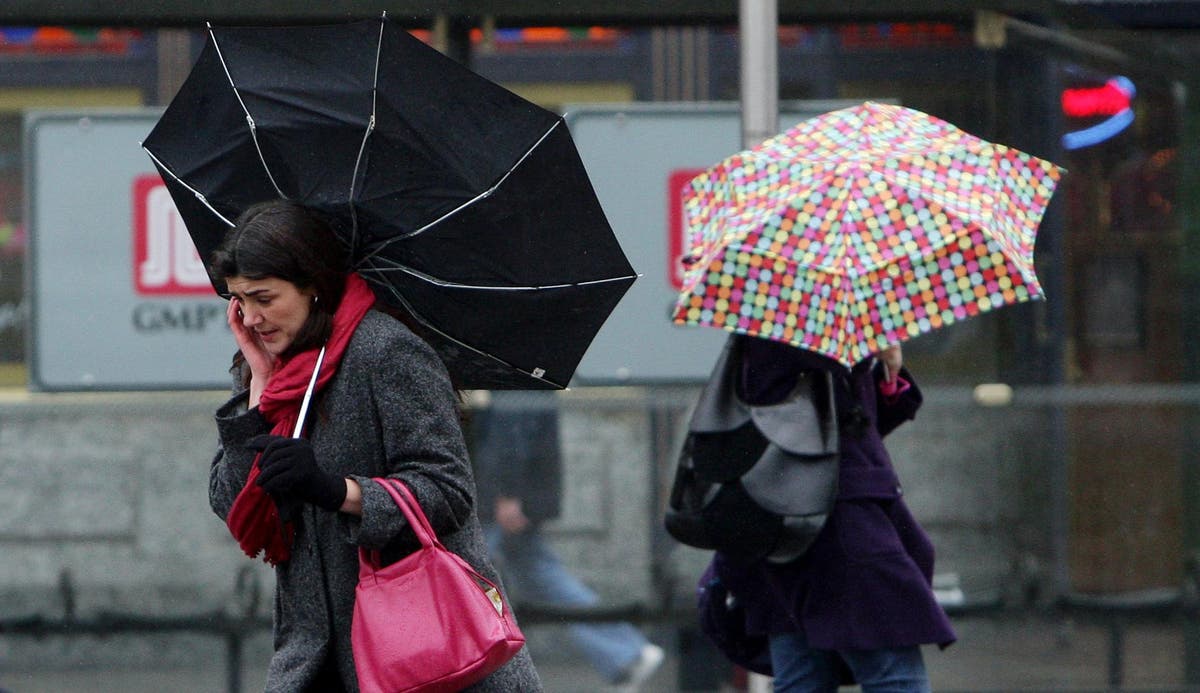 ngland and Wales are set to be battered by sturdy winds and heavy showers later this week.

The Met Workplace has issued a yellow climate warning for wind for the 2 nations from Wednesday night which it says may result in some short-term lack of energy and delays to move.

The warning issued by the climate service, in place between 9pm on Wednesday till 3pm on Thursday, mentioned: “Sturdy winds accompanied by heavy and blustery showers might deliver some disruption to England and Wales.”

The Met Workplace mentioned there would most likely be “delays for high-sided automobiles on uncovered routes and bridges” in addition to “delays to street, rail, air and ferry transport”.

It mentioned “some short-term lack of energy and different providers” is feasible, whereas some bus and practice providers may very well be affected, with some journeys taking longer.