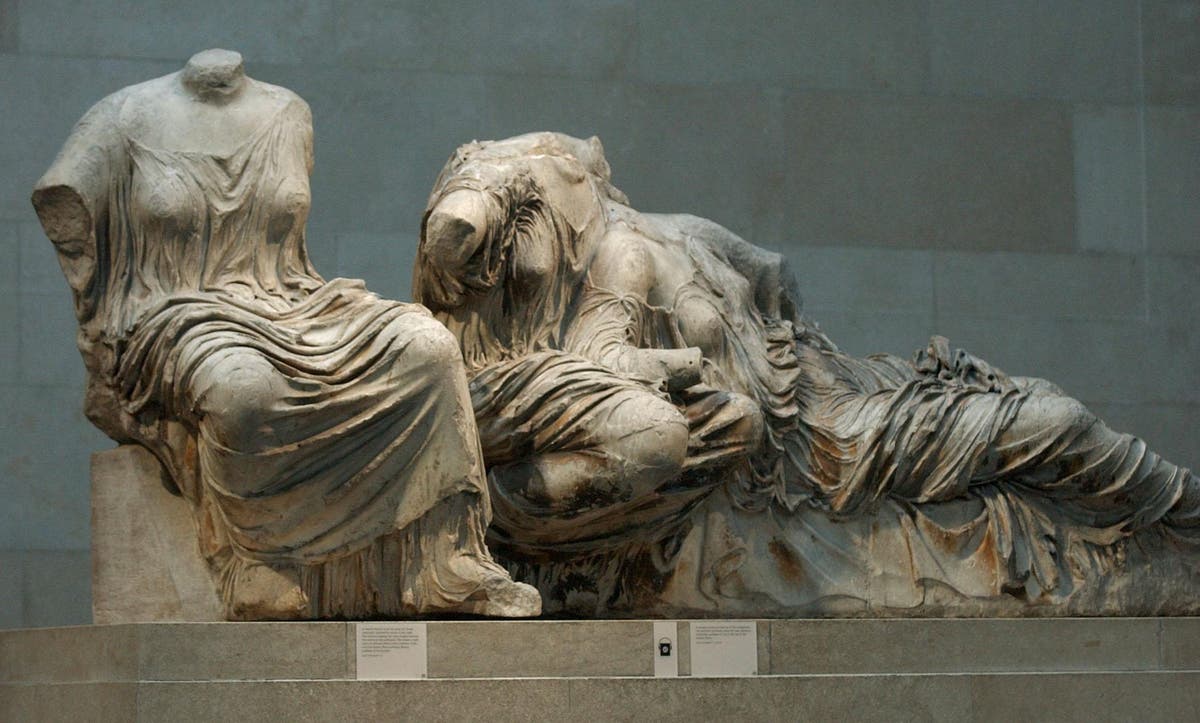 he deputy director of the British Museum known as for a “Parthenon partnership” with Greece which might see the contentious Elgin Marbles return to Athens after greater than 200 years.

The sculptures – 17 figures and a part of a frieze that adorned the two,500-year-old Parthenon temple on the Acropolis – had been taken by Lord Elgin within the early nineteenth century when he was the British ambassador to the Ottoman Empire, and have since been the topic of a long-running dispute over the place they need to be displayed.

In an interview with the Sunday Instances Tradition journal, deputy director Jonathan Williams mentioned the British Museum needs to “change the temperature of the talk” across the marble artistic endeavors.

Mr Williams mentioned: “What we’re calling for is an lively ‘Parthenon partnership’ with our pals and colleagues in Greece.

“I firmly consider there’s area for a extremely dynamic and constructive dialog inside which new methods of working collectively might be discovered.”

The British Museum has not mentioned it’ll hand the sculptures again, with Mr Williams arguing they’re an “completely integral half” of the gathering.

Nonetheless, he mentioned they “wish to change the temperature of the talk”, including that every one sides must “discover a approach ahead round cultural change of a stage, depth and dynamism which has not been conceived hitherto”.

He added: “There are various great issues we’d be delighted to borrow and lend. It’s what we do.”

The Greek prime minister has known as for the Parthenon Marbles to be returned to Greece on many events, even providing to mortgage a few of his nation’s different treasures to the British Museum in change.

Kyriakos Mitsotakis has restated that Greece is open to negotiations however mentioned “child steps will not be sufficient. We wish massive steps”.

The director of the Acropolis Museum, Nikolaos Stampolidis, additionally mentioned there might be a “foundation for constructive talks” with the “constructive Parthenon partnership” supply.

He added: “Within the tough days we live in, returning them can be an act of historical past.

“It might be as if the British had been restoring democracy itself.”