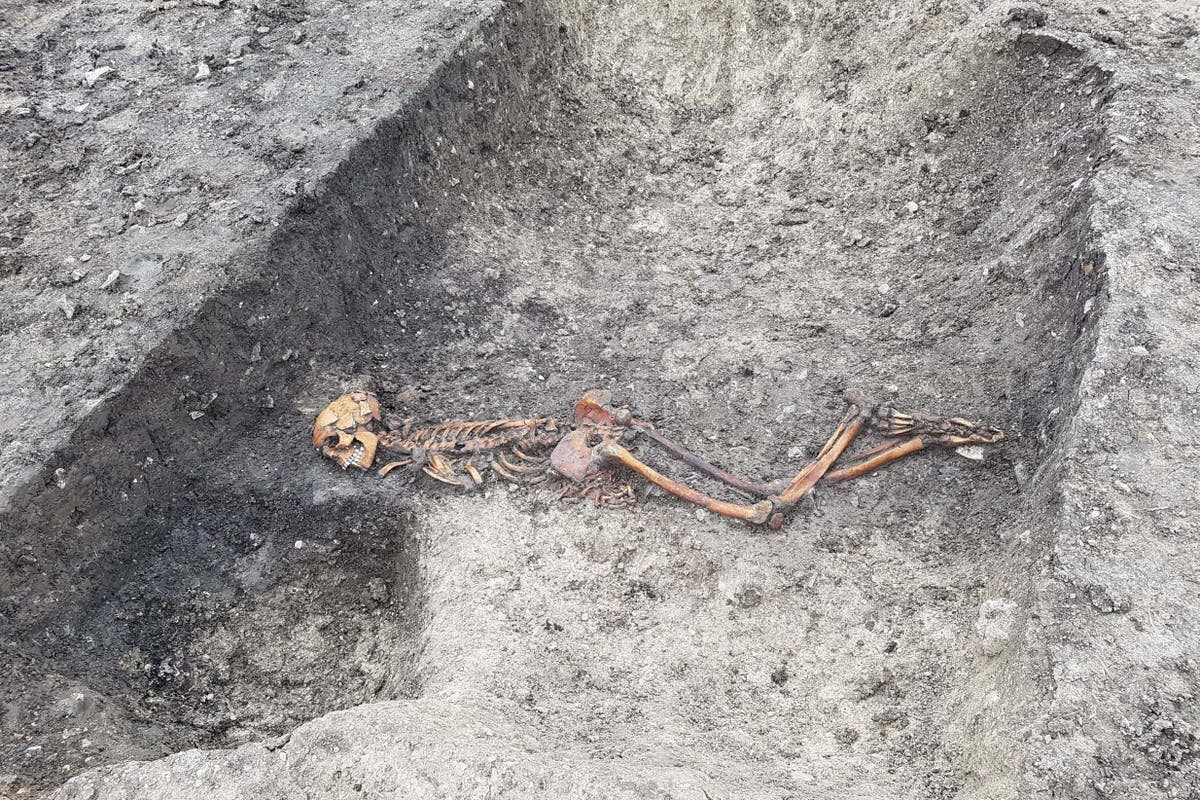 rchaeologists have found a minimum of 40 beheaded skeletons in a Roman cemetery on the route of the high-speed HS2 railway.

The 50-strong workforce made the grisly discovery in Fleet Marston close to Aylesbury, Buckinghamshire.

Greater than 400 our bodies have been exhumed and round 10 per cent have been decapitated, with a number of having their heads positioned between their legs or subsequent to their toes.

HS2 Ltd stated the decapitations recommend the our bodies are of “criminals or a sort of outcast”, though decapitation was a “regular, albeit marginal” a part of burial throughout the late Roman interval.

The cemetery is the biggest of its sort in Buckinghamshire.

The our bodies are being held in storage for additional evaluation.

In contrast to these exhumed from Christian grounds equivalent to St James’s Gardens in north London, HS2 is underneath no obligation to rebury the our bodies.

The archaeologists found greater than 1,200 cash at Fleet Marston, which suggests it was an space of commerce and commerce.

Home objects together with spoons, pins and brooches have been discovered, whereas gaming cube and bells recommend that playing and non secular exercise have been standard on the website.

The excavation was carried out over greater than a yr by Cotswold Archaeology and Oxford Archaeology (Copa), engaged on behalf of a HS2 contractor.

Copa senior mission supervisor Richard Brown stated: “The excavation is important in each enabling a transparent characterisation of this Roman city but additionally a examine of lots of its inhabitants.

“Together with a number of new Roman settlement websites found throughout the HS2 works it enhances and populates the map of Roman Buckinghamshire.”

Fleet Marston is certainly one of greater than 100 archaeological websites examined by HS2 since 2018 on the route of the primary part of the railway between London and Birmingham.

HS2 Ltd’s head of heritage Helen Wass stated: “The HS2 archaeology programme has enabled us to be taught extra about our wealthy historical past in Britain.

“The massive Roman cemetery at Fleet Marston will allow us to achieve an in depth perception into the residents of Fleet Marston and the broader Roman Britain panorama.

“All human stays uncovered can be handled with dignity, care and respect and our discoveries can be shared with the neighborhood.”