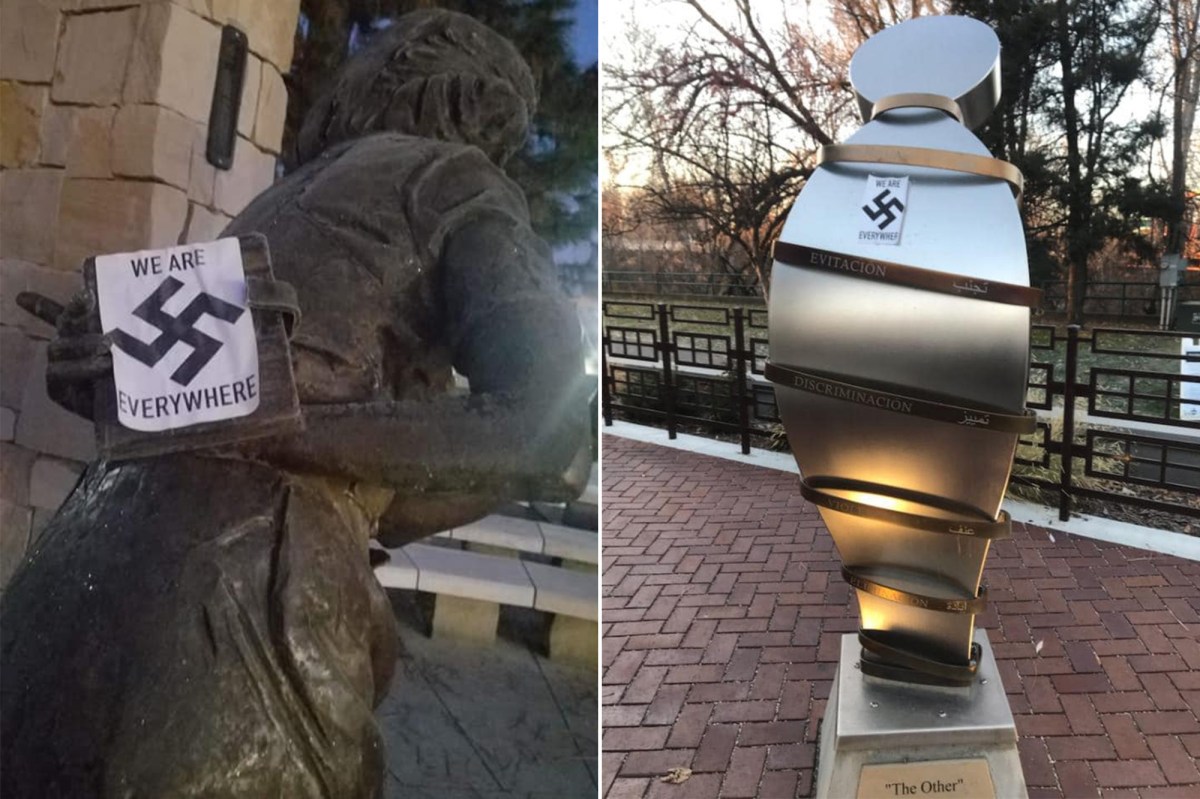 Idaho police are investigating an Anne Frank memorial that was vandalized with swastika stickers on Tuesday.

The Wassmuth Heart for Human Rights in Boise posted photographs to Fb saying the memorials had been plastered with the hateful stickers.

One photograph exhibits a life-sized statue of Frank holding her diary — on which a sticker with a big black swastika and the phrase, “We’re all over the place” had been posted.

The diary is the place Frank had documented her life whereas she and her household hid from Nazis in Amsterdam earlier than they have been captured in 1944 and imprisoned in focus camps.

One other photograph exhibits the memorial referred to as “The Spiral of Justice” that includes the identical swastika sticker.

The incident is beneath investigation, and police have reached out to the Anti-Defamation League, a corporation that information anti-Semitic incidents within the U.S.