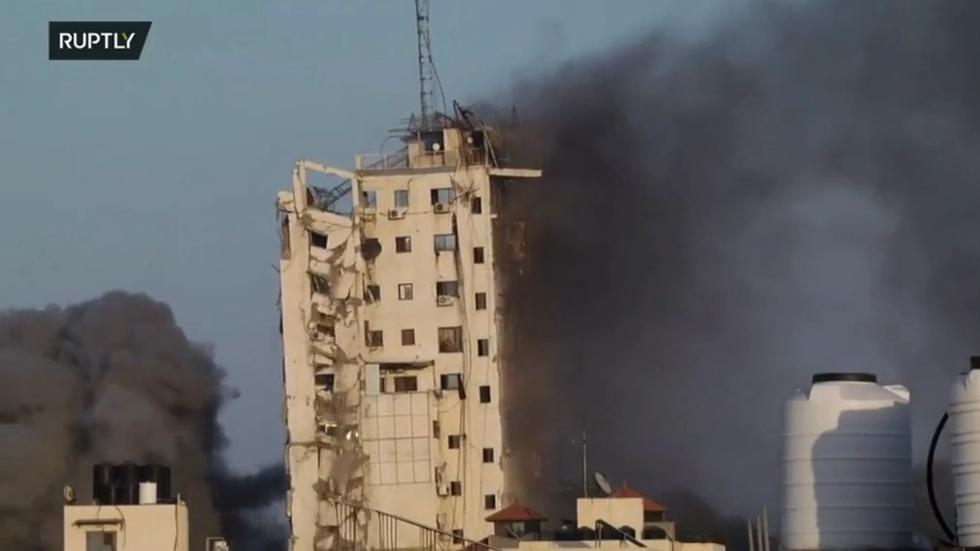 Israeli air strikes have destroyed one other tower block in Gaza after reportedly warning occupants to go away so the armed forces might goal alleged Palestinian militants amid their ongoing battle with Hamas.

The ten-storey Al-Shourouk high-rise constructing was levelled to the bottom on Wednesday after being struck by missiles fired by the Israel Protection Forces (IDF), Israeli media reported.

Footage of the ultimate moments of collapse confirmed the tower block, which housed quite a few media workplaces, fall to the bottom and ship a big column of smoke and particles into the air.

Israeli Prime Minister Benjamin Netanyahu tweeted a video of the collapse and mentioned: “Whoever shoots at us – bleeds in his head. Congratulations to the IDF.”

It’s the third such Gaza high-rise to be introduced down within the final 24 hours, after the Al-Jawhara Tower was destroyed on Wednesday morning and the Hanandi Tower collapsed following an Israeli strike on Tuesday night.

Additionally on rt.com
IDF will struggle till there’s ‘full silence’ earlier than any truce is feasible, says Israeli protection minister


Israel’s navy has been placing targets in Gaza since Monday in response to rockets fired by Palestinian militants into Israel after tensions in East Jersualem over the deliberate pressured eviction of Palestinian households erupted in latest days.