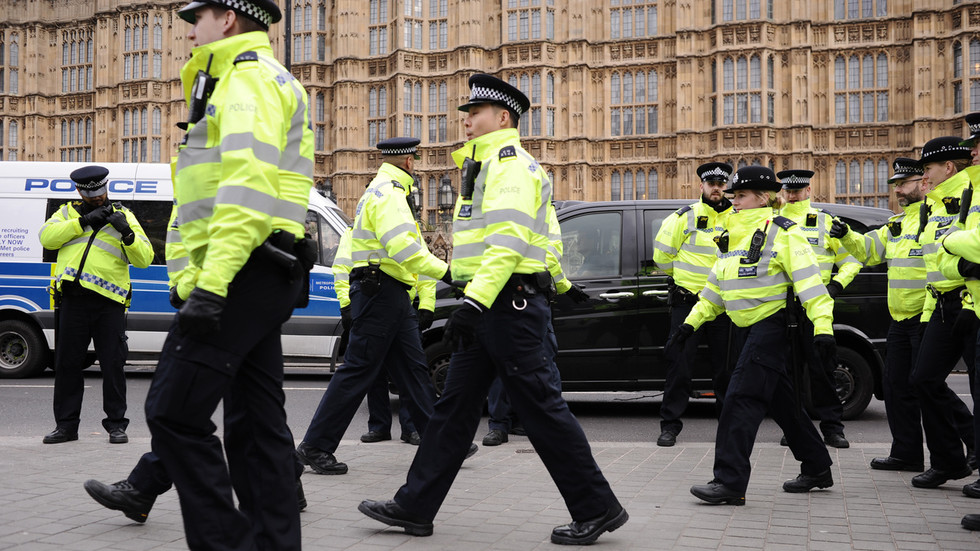 A Tory MP has referred to as for British Prime Minister Boris Johnson and Residence Secretary Priti Patel to intervene after an “aged anti-lockdown” protester was forcefully arrested outdoors the Homes of Parliament on Tuesday.

Addressing the Commons shortly after the arrest, Charles Walker slammed the federal government, saying he had personally witnessed an aged girl being hauled “spread-eagle” right into a police van, and branding the incident a “shame, un-British and unconstitutional.”

In footage posted to social media, the Conservative MP for Broxbourne could possibly be seen angrily addressing a gaggle of officers in Westminster, as they appeared to detain a lady who had been sitting on the highway in protest.

“You will need to have moms,” he could possibly be heard shouting. “What an outrage! What a shame! That is an absolute shame.”

A visibly offended Walker then raised the problem in parliament, calling on Johnson to “finish these injustices now.”

I’ve simply witnessed an aged girl peacefully protesting with a handful of different folks be arrested and carried spread-eagle to a police van.

Walker added that the lady was “robbed of her dignity” for having the “braveness” to protest about having her basic rights being taken away. He requested the deputy speaker of the Home of Commons, Dame Rosie Winterton, to summon Johnson and Patel to parliament to handle the incident.

The MP’s offended outburst comes after the embattled house secretary had sparked anger earlier as she introduced that protests involving greater than two folks can be unlawful throughout England’s four-week coronavirus lockdown, which ends on December 2.


Final week, Patel and Johnson turned embroiled in one other scandal after the PM supported her, regardless of an impartial inquiry discovering that a few of her behaviour in direction of workers amounted to “bullying.”